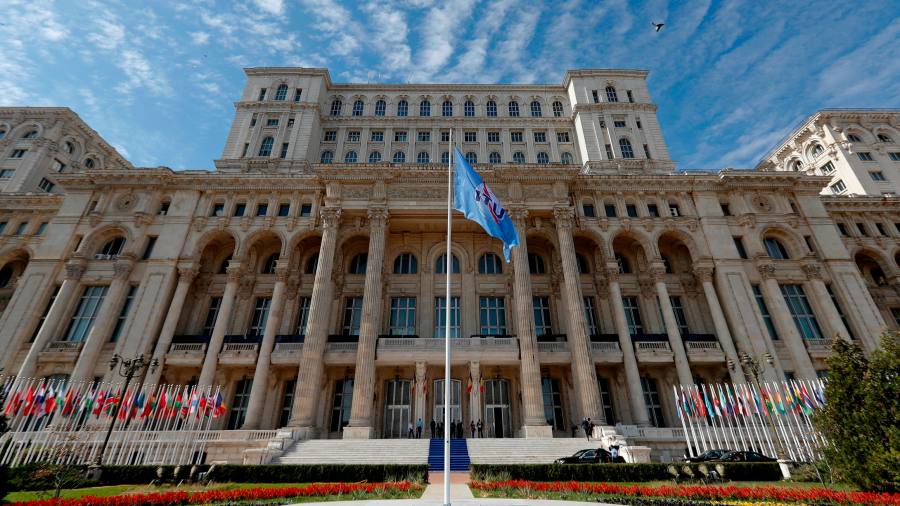 But when delegates from 193 countries choose the next secretary-general of the International Telecommunication Union in Bucharest’s Palace of Parliament on Thursday, there will be much more at stake than the symbolic figurehead of an arcane institution.

Experts say the outcome of the election — which pits an American against a Russian — is likely to shape the extent to which nation states will be able to govern the internet.

The battle is set against a backdrop of growing concern about fragmentation of the global internet, with many technology experts and civil society groups worried about governments’ attempts to throttle their citizens’ access to the web.

Russia, Saudi Arabia, Pakistan and Uganda are among states that have in recent years switched off public access to certain sites, or the internet more broadly, during elections or periods of social unrest. Last week, the Iranian government blocked access to certain websites after protests sparked by the death of 22-year-old Mahsa Amini in police custody.

“If the Russians win the ITU election, they can do a lot of damage,” said Justin Sherman, fellow at the Atlantic Council’s Cyber Statecraft Initiative in Washington.

The ITU, created in 1865, develops and determines global standards for the most cutting edge technologies — from 5G to facial recognition.

But Sherman said that Russian delegates had for years sought to expand its remit to encompass internet policy and infrastructure, and have backed proposals that would give more power to governments to regulate its use.

“There are a lot of reasons this is a tight and uncertain election,” he added. “There is growing interest in more government control of the web and in less of a role for civil society in managing the internet.”

Doreen Bogdan-Martin, the US candidate, has held various positions at the ITU for nearly 30 years and is running on a relatively anodyne platform of bridging the digital divide and improving digital skills and the overall efficiency of the organisation.

On the other side sits the Russian candidate, Rashid Ismailov, currently president of Russian telecoms operator Beeline. Though he is running on a similar platform of increasing global connectivity, he has also championed taking power away from the US and increasing the “sovereignty” of national states, as well as making the ITU the main forum for deciding crucial questions about the way people communicate on the web.

China, which holds significant sway at the agency and drew global scrutiny in 2020 for proposals it put forward for a new internet infrastructure called “New IP”, is widely expected to vote for Ismailov.

The ITU is currently led by Chinese telecoms engineer Houlin Zhao, who has increased China’s engagement with the organisation and has used the agency to promote global technology partnerships via the superpower’s Belt and Road Initiative.

In a sign of how seriously the election is being taken, US secretary of state Antony Blinken recently posted a video endorsing Bogdan-Martin’s campaign, one of many senior American officials to make public statements.

Celebrated by some for its decentralised model, the internet itself is not technically within the remit of the ITU, and is regulated mostly by non-profit groups like the internet Corporation for Assigned Names and Numbers (Icann) which distributes all IP addresses around the world.

Civil society groups believe the secretary-general wields considerable sway over the organisation’s priorities and funding. They have voiced concerns that if internet governance is brought into the jurisdiction of the ITU it could lead to a slippery slope of nation states being empowered to formalise their efforts to censor and control the internet.

“The fact that [the election] is not viewed as a foregone conclusion suggests that the vision of a free and open internet doesn’t have universal support,” said Emily Taylor, chief executive of Oxford Information Labs, a cyberintelligence company. “Are we inexorably moving towards different internets, some of which are much more state controlled?”

Ismailov, who has held roles at Nokia, Ericsson and Huawei and was Russian deputy minister of telecoms and mass communication between 2014 and 2018, is one of several high level Russian officials who have championed moving internet governance into the ITU.

In 2011, President Vladimir Putin said that he intended to push for “establishing international control over the internet using the monitoring and supervisory capabilities” of the ITU. Governments from Saudi Arabia to China have voiced support for this idea, amid concern about Silicon Valley’s unchecked power and the US’s growing political influence.

“The focus and direction of the ITU in the coming years will be crucial to determining the future of connectivity and digital co-operation,” Bogdan-Martin told the Financial Times. “I believe the ITU is one of those organisations in which divisions can and must be set aside in the interest of more and better communication between all people.”

Ismailov declined to be interviewed and did not respond to written questions sent by the FT.

This legislation sought to centralise control over internet infrastructure, channelling traffic through the Kremlin’s digital censor Roskomnadzor. It also mandated the creation of a domestic domain name system to store and control access to internet IP addresses, should the need arise to separate the state’s internet from Icann and the wider web.

Regardless of the outcome of the election, differences in the way governments believe the internet should be structured and governed are likely to intensify, experts said, and navigating a path that ensures the web remains unified will be a challenge.

“Even if the US wins, it’s going to be a rough road ahead,” said Sherman.