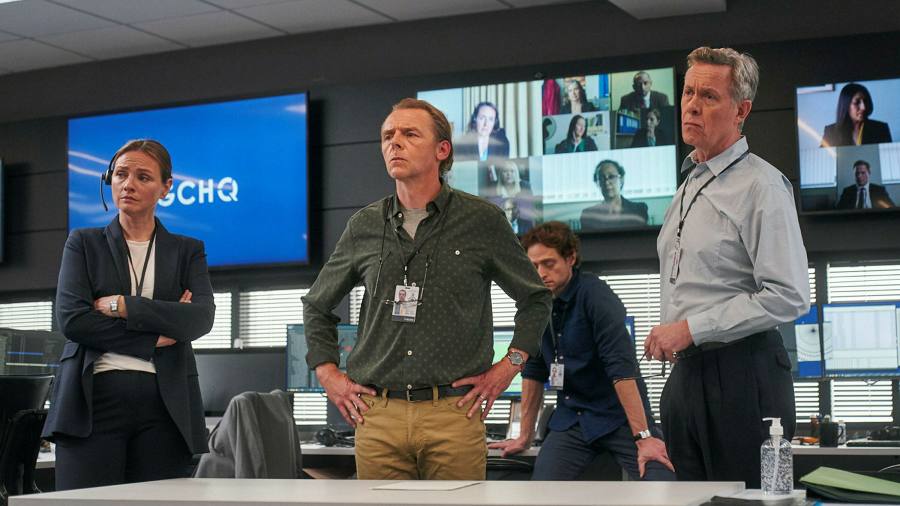 Even amid the glut of the streaming era, a Peter Kosminsky series is an event. Shows by the maker of The Promise, Wolf Hall and The State take longer to make, attract remarkable casts (often including Mark Rylance), spark debate and gather awards (seven Baftas so far for Kosminsky). His new spy drama The Undeclared War already looks set to tick all those boxes.

“It came about from a conversation Peter and I had five years ago,” says producer Colin Callender, who previously collaborated with Kosminsky on 2015’s landmark adaptation of Hilary Mantel’s Wolf Hall. “We’d read a New Yorker article about ‘active measures’, or governments meddling in the political processes of other nations. I thought we could do something historical, but Peter suggested something set in the future. One of the challenges of that is that the real world catches up with you.”

What has emerged is a cautionary tale about a world beset by cyber warfare, seen through the eyes of a brilliant young coder called Saara (Hannah Khalique-Brown), who discovers the secrets behind a major attack on her first day of work experience at GCHQ. Adrian Lester plays Britain’s first black prime minister, who ousted Boris Johnson 15 months earlier and now comes into conflict with GCHQ figures including its head of operations (Simon Pegg). Mark Rylance also features, playing a retired GCHQ man brought in from the cold and described by Kosminsky as “a pedant, but really lonely deep down, and generous — he becomes a father figure for Saara.”

The resemblances to our own political climate are stark — purposely so. “Elections are being hacked, democracy is under threat and distrust in our institutions is being sown,” says Kosminsky. “You see the pervasive effects everywhere. If I changed all the names then you’d watch it, be mildly concerned, make a cup of tea, go to bed and forget all about it, but if we’re not careful, this hot war will escalate to the point where it threatens our civilisation. It’s as serious as that.”

The Undeclared War could be seen as Kosminsky’s latest exploration of the interplay between state, military and security services, a thread linking his past series The Government Inspector and Britz, Wolf Hall and Warriors, but the writer-director rejects such grandiose theorising. “I have a very simplistic approach: it’s about where the research leads. I learnt when I was making documentaries that if you turn up thinking you know what the story is, it’s fatal.”

Saara’s ethnicity and Muslim faith reflect another Kosminsky preoccupation — the treatment of religious minorities by the British state. While her work placement offers some relief from a mother disappointed that she is not more traditionally minded and a father prone to depression, it also leaves Saara feeling exposed at an institution characterised as “male, stale and pale”.

“Being a young woman is enough in that world to be underestimated and overlooked, but it’s almost impossible not to feel your otherness when you’re the only brown face there,” says Khalique-Brown. “One of Saara’s biggest drives is to prove people wrong.”

For the well-established Pegg, the series presents a different kind of challenge: it is his most serious role to date. “This is exactly the sort of thing I’ve been craving,” says the Shaun of the Dead star. “I was flattered and delighted when Peter got in touch because my character is a solid, competent guy with genuine authority rather than a hapless fool. I couldn’t rely on my arsenal of comedic tricks.”

Pegg also has a personal connection to GCHQ, having grown up in Gloucestershire in the shadow of the agency’s old building, where two of his uncles worked. “I’d no idea what they did in this big, ominous edifice, but we knew it was a nuclear target and that we’d get vaporised if it was ever hit. I’ve always felt a weird affinity with the place.”

Kosminsky’s attention to detail is, as ever, nonpareil (one episode, entirely in Russian, takes place at the headquarters of Glavset, a Kremlin-sponsored troll farm) and his reputation for discretion helped secure co-operation from “a wide range of people from the security sector” both in the UK and US. This gives the series a higher than usual level of authenticity.

“The big advantage of drama is that interviews only have to be on background,” he says. “Nobody ever has to appear on camera, and we keep the names secret, so people are able to speak relatively openly. There’s nothing we depict that isn’t being war-gamed right now.”

Kosminsky’s commitment to his craft inspired his cast to follow suit. Khalique-Brown received sheets of character background before her first audition — “You never get that,” she notes — and, after landing the role, she taught herself the programming languages C++ and JavaScript and took an online hacking course.

“I wanted to understand how Saara thinks,” she says. “She sees people and situations as puzzles and loves solving them — everything is a potential tool you can call up. When you’re coding, you’re like: OK, that’s done. How do I fix this next problem and move forward?”

Any drama set in the digital world faces the headache of how to make it visually engaging. To this end, Kosminsky created “Codeworld”, a visual manifestation of Saara’s thought processes and patterns, her coding represented through sequences set in a heightened version of reality.

“Saara doesn’t see lines and lines of text and numbers and symbols, she sees concepts,” explains Kosminsky. “So I came up with a series of visual metaphors: if she’s doing something boring, she’s in a little courtyard, bouncing a tennis ball against a wall again and again — a repetitive task that still requires attention.” By contrast, the series’ opening scene presents coding at its toughest, as Saara searches for the piece of data that will earn her a place at GCHQ. This test takes her down manholes, through walls and into the sea.

Yet despite these flights of fancy, the themes are real, live and urgent, argues Pegg. “We’re being constantly and aggressively infantilised by the stuff that we watch, certainly at the cinema,” says the actor, a regular in the Mission: Impossible series. “It’s important to be grown-ups and face up to reality sometimes, to understand the real threats we’re facing.”

Even so, a sense of powerlessness never quite descends: Kosminsky’s aspirations to another series suggest Armageddon is at least postponed. “Everything in the series has happened or could happen very easily, which is terrifying,” adds Khalique-Brown. “But it’s also weirdly reassuring to learn about these people we never hear about, working away at stuff with huge consequences for us all. The series is a hats-off to the brilliance of British cyber talent — people who maybe grew up being misunderstood, but are heroes.” 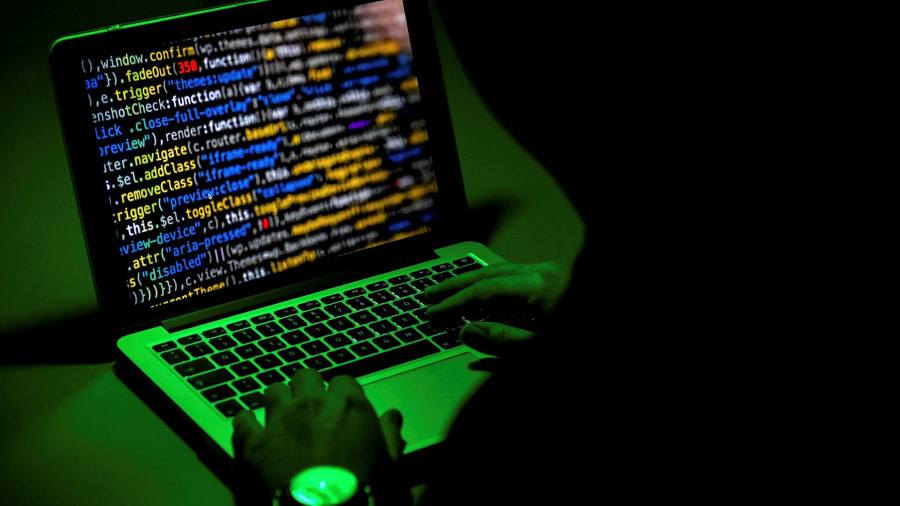 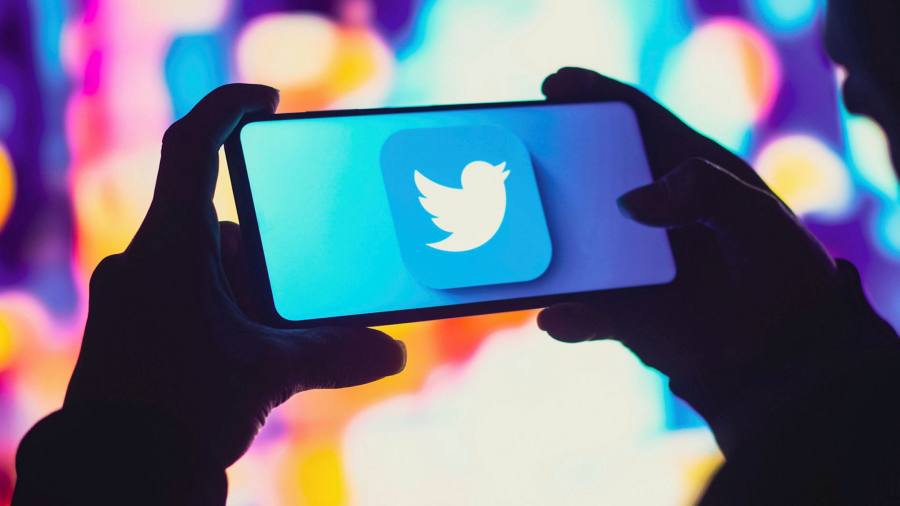 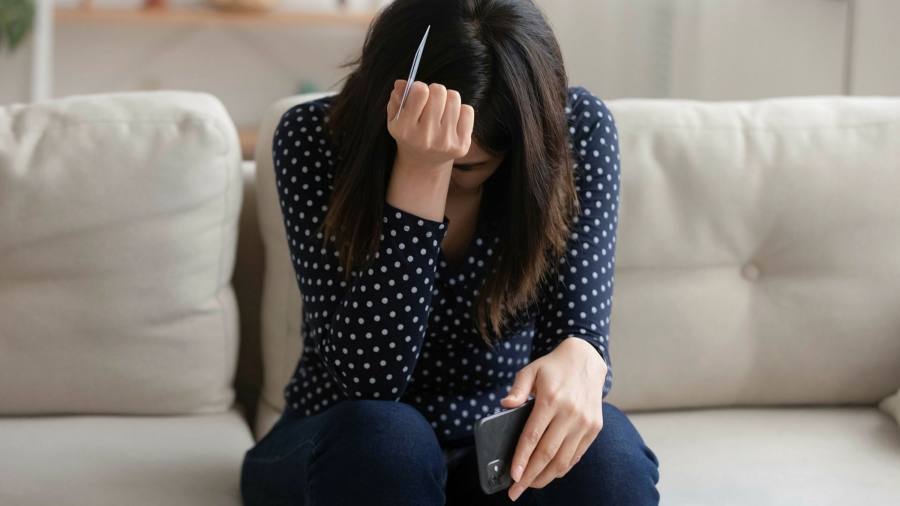 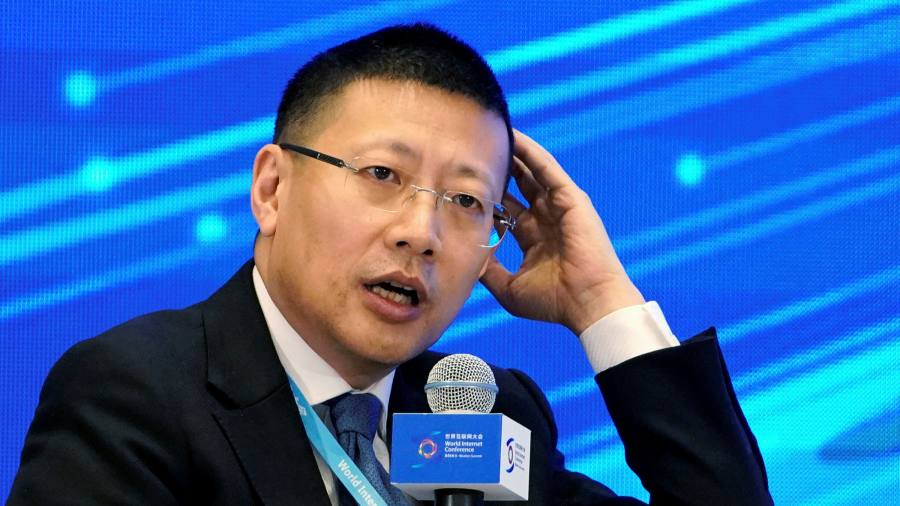 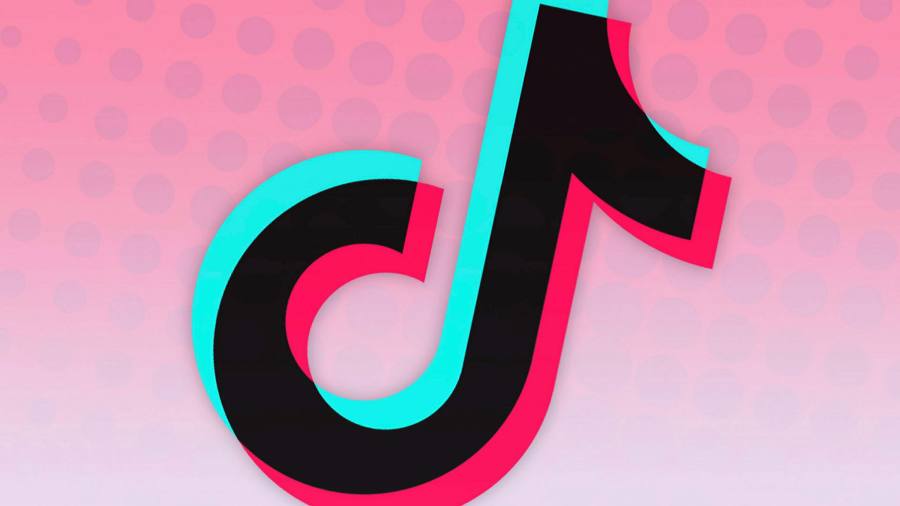 TikTok abandons ecommerce expansion in Europe and US 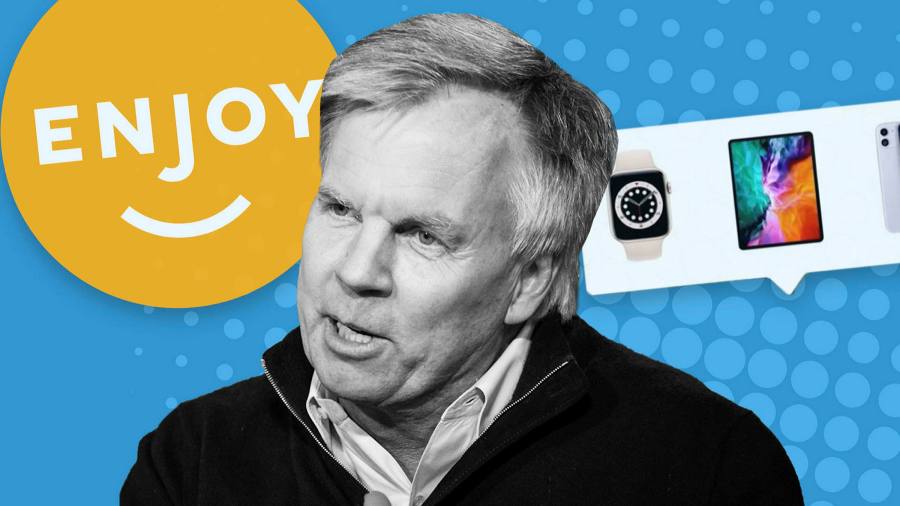 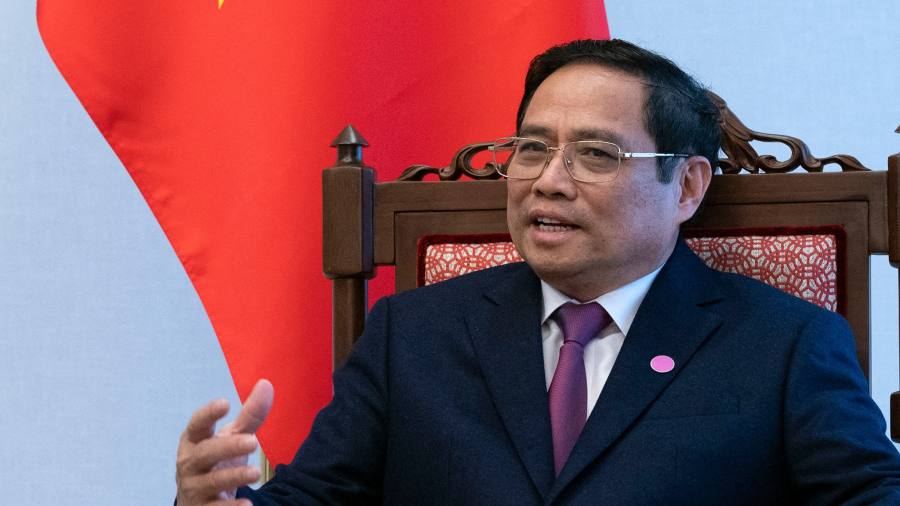 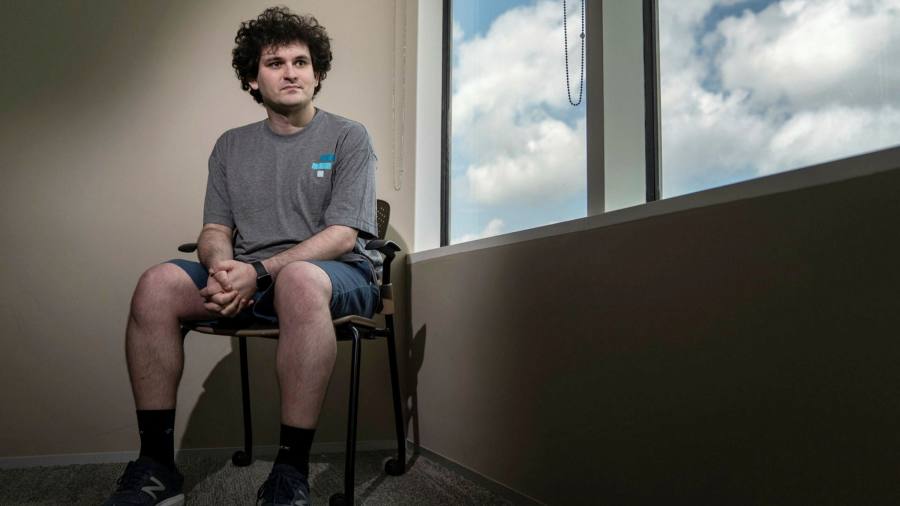 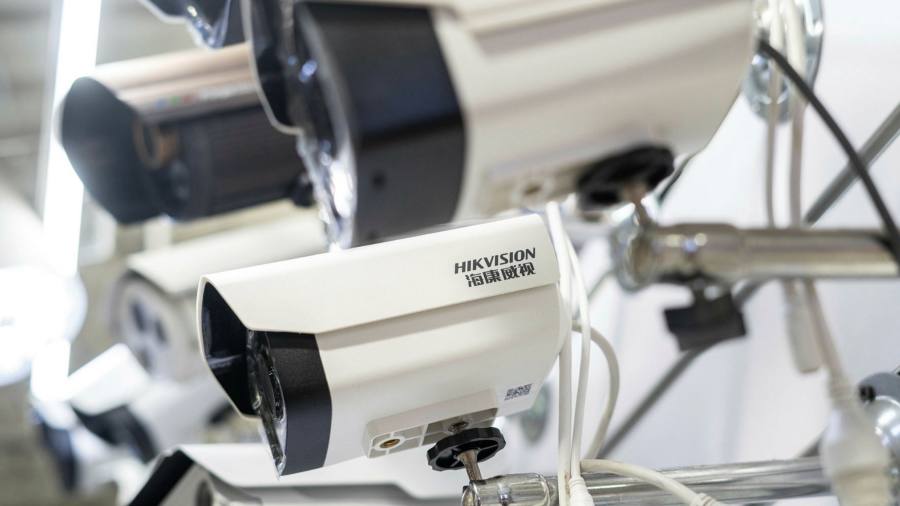