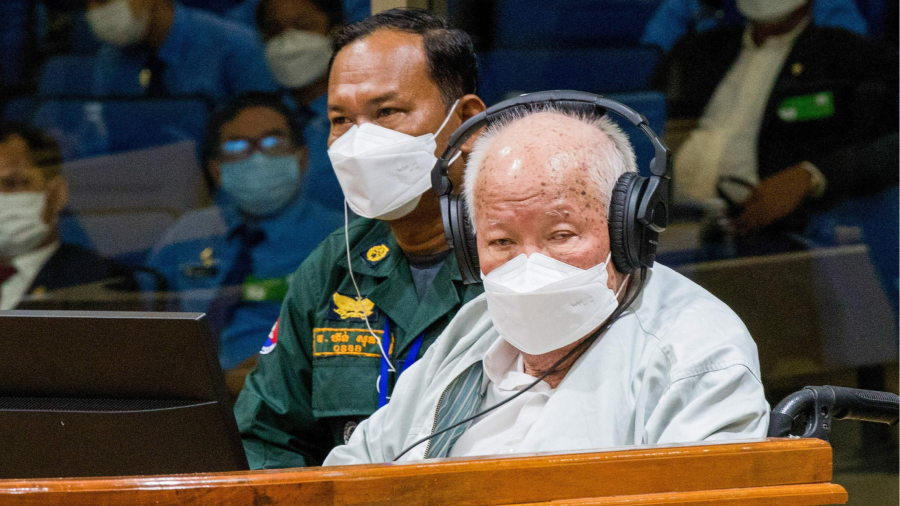 The former prime minister of Pol Pot’s genocidal regime has lost an appeal against a life sentence more than four decades after the Khmer Rouge was ousted from power.

The Extraordinary Chambers in the Courts of Cambodia, the UN-backed tribunal, dismissed an appeal on Thursday by Khieu Samphan, upholding his life sentence for genocide against the Vietnamese ethnic minority and violations of the Geneva Conventions.

As the head of state of Pol Pot’s Democratic Kampuchea, Samphan, 91, was the international face of the communist regime, which was responsible for up to 1.7mn deaths, almost a quarter of the population, between 1975 and 1979.

Samphan was convicted in 2018 alongside Nuon Chea, “Brother Number Two” and the movement’s chief ideologue. Samphan and Nuon Chea were also convicted of crimes against humanity and sentenced to life in prison in 2014 for the forced depopulation of Phnom Penh, the capital.

In his appeal, Samphan had alleged more than 1,800 procedural errors and challenged the fairness of the proceedings. While the court agreed to reverse three counts, it found that the amended conviction “does not render the ultimate sentence inappropriate or unfair in any way”.

The ruling, which concluded the ECCC’s final open trial, is expected to be the tribunal’s last. Cambodia’s parliament last year announced that the tribunal would end at the conclusion of its current cases this year.

The two were the only Khmer Rouge leaders to stand trial. The ultra-Maoist movement was characterised by forced labour and starvation under revolutionary agrarian reform and the notorious “killing fields”.

In a statement to the court in August 2021, Samphan claimed that he was being “judged symbolically” on behalf of the regime and “categorically refuse[d]” the charges against him.

The ECCC, which was launched in 2006, generated controversy, much of it stemming from conflicts within the chambers, which operated under a rare dual structure under both Cambodian and international law.

The tribunal brought cases against only five defendants in 16 years and spent up to $337mn in securing just three convictions.

Ieng Sary, “Brother Number Three” and foreign minister, died in 2013 before he could face charges. His wife, Ieng Thirith, was declared unfit to stand trial owing to Alzheimer’s disease and died in 2015. Nuon Chea died in 2019 aged 93.

The court’s first conviction, in 2010, was against Kaing Guek Eav, known as Comrade “Duch”, commandant of the infamous S-21 secret prison in Phnom Penh. More than 14,000 people, including children, were sent to S-21, where suspected saboteurs were tortured into confessions. Only 12 prisoners are known to have survived.

Duch, who died in 2020 at the age of 77, expressed “excruciating remorse” to the families of his victims before his death, but also defended his actions as having “enforced the bad party line”.

Pol Pot died in 1998 near the Cambodia-Thai border, as disparate remnants of his regime continued to resist the government 20 years after it was toppled.

Numerous former cadres have retained positions of influence in the government and military, among them Prime Minister Hun Sen, who defected to join a Vietnamese invasion that overthrew the Khmer Rouge.

“Today’s ruling should serve as another reminder that accountability for the most serious crimes has no expiration date,” Ming Yu Hah from Amnesty International said on Thursday.