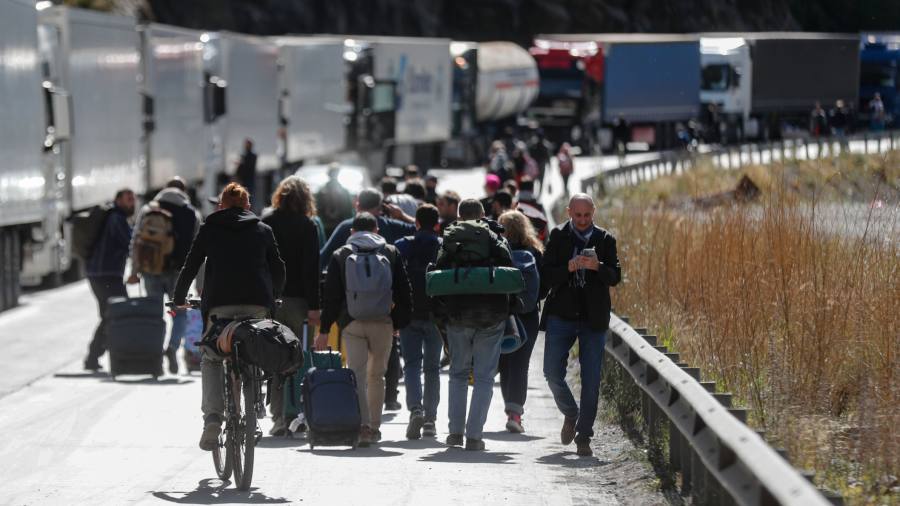 Kazakhstan and Georgia will welcome Russians fleeing conscription, both governments said on Tuesday, as queues of thousands of mainly young men unwilling to fight in Ukraine build up on their borders.

The massive exodus, triggered by President Vladimir Putin’s announcement last week of a wide-ranging mobilisation and by fears that Russia may soon shut its borders, poses challenges to all of its neighbours, with some countries such as Finland taking steps to restrict access.

But Kazakhstan’s president said on Tuesday that keeping the country’s doors open to Russians was a humanitarian issue, signalling an indirect condemnation of Moscow’s invasion of Ukraine as well as of its conscription laws by one of its closest economic partners.

“In recent days, many people are arriving from Russia,” said President Kassym-Jomart Tokayev. “Most of them have been forced to leave because they have no other way out of the situation. We must show them care, and ensure their safety. It is a political and a humanitarian question.” Tokayev added that he would discuss the matter with Moscow.

Kazakhstan, which shares a border of more than 7,500km with Russia and has traditionally been one of its most reliable economic and political partners in the wider ex-Soviet region, has increasingly demonstrated its disapproval of Moscow’s war in Ukraine.

On Monday, Kazakhstan’s foreign ministry said it would not recognise the possible annexation of occupied regions of south and eastern Ukraine where Russia was staging referendums. Voting in the ballots, which have been widely decried as a sham, ends on Tuesday.

Kazakhstan also dispelled rumours that the country would extradite people to Russia if they received a call-up notice or were accused back home of evading conscription.

“If the conscription offices are looking for someone, this is not a legal basis for extradition,” Kazakhstan’s interior minister Marat Akhmetzhanov was quoted as saying at a briefing on Tuesday by news agency Kazinform.

Extradition can only occur if there is an international arrest warrant in place, said Akhmetzhanov. “If a person is declared internationally wanted, then Kazakhstan will identify and extradite them . . . if there is a criminal offence.”

Since Putin issued the mobilisation decree on September 21, about 98,000 Russians have crossed into Kazakhstan, the ministry said. Russians do not need to obtain a visa to enter the country, or even carry their passports.

Videos shared on social media showed hundreds of Russians queueing outside registration offices in Kazakh cities to apply for identification numbers that would allow them to open bank accounts.

But many have also used Kazakhstan as a transit route to other destinations, with more than 64,000 Russians leaving the country in the past six days, the interior ministry said.

Roads leading out of Russia into Georgia have also been crammed with cars. Checkpoints have been swamped by people travelling on foot or on bicycles.

Georgia has already experienced a massive influx of Russians since Moscow launched its full-scale invasion of Ukraine in February, causing tensions in a country that lost a fifth of its territory after a 2008 invasion by Moscow.

In August, more than 260,000 Russians entered Georgia either as visitors or to stay longer term, up from 45,000 in the same month a year ago, according to the interior ministry.

Some have called for restrictions on entry, but interior minister Vakhtang Gomelauri on Tuesday said the government saw no reason to close the borders. He added that the main mountainous crossing between the two countries had seen more than 10,000 Russians pass through it every day in the past week, double the amount before the mobilisation decree.

But Russians hoping to escape to Georgia may be running out of time, as authorities in Russia announced they would be opening a temporary military conscription unit at the border crossing, and people began to share photos of military vehicles arriving at the line.