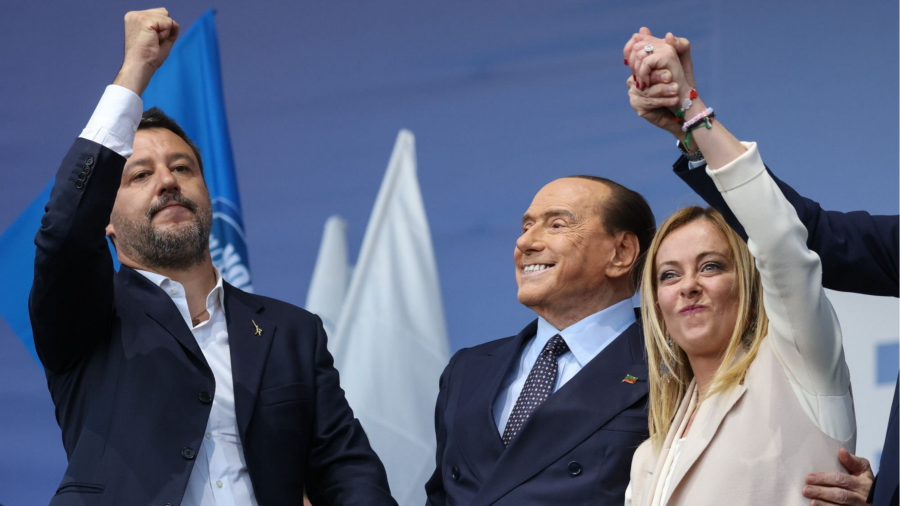 A despondent Italian electorate, on a record-low turnout, has once more chosen change. Voters hope that a rightwing coalition led by Giorgia Meloni and her hard-right Brothers of Italy party will be the ones to deliver it. But the very reasons that propelled a party with roots in the neo-fascist movement to the mainstream — a stagnant economy and a political system where little has changed in 20 years, no matter who is in power — should also constrain Meloni.

There are certainly reasons to worry about Meloni, whose coalition includes the League, led by Matteo Salvini, Italy’s former hard-right frontman, and Forza Italia, whose Silvio Berlusconi has shrugged off years’ worth of legal woes to emerge as kingmaker. Their coalition captured 44 per cent of the vote in Sunday’s general election, with Meloni poised to become Italy’s first female prime minister. Her strident rhetoric chimes with a worrying rightwing lurch across the EU, which Brussels will have to contend with as it tries to promote — and even enforce — the rule of law across the bloc. Both the Brothers of Italy and the League voted against a recent European Parliament resolution condemning Hungary’s erosion of democratic standards under Viktor Orbán, for instance.

The sheer size of the economic challenge that the new government must meet is another reason to fret. Italy’s growth forecasts for next year have been cut to below 1 per cent, making it harder to manage debt that tops 150 per cent of gross domestic product, despite efforts of the outgoing prime minister, Mario Draghi. Yet Meloni — far less credible than her predecessor — must also manage soaring inflation and rising interest rates that spell out a cost of living crisis.

The European Commission on Tuesday approved the next €21bn of a €200bn EU pandemic recovery fund earmarked for Italy. Future tranches are contingent on continuing structural reforms, which the country needs to grow. The European Central Bank’s new bond-buying programme would equally come with strings attached. Meloni has so far struck a moderate tone, but will an instinctively nationalist and statist government really have the appetite for such reforms? Her choice of finance minister will be pivotal. The hope must be that she chooses a competent technocrat who can work with Brussels.

There are reasons not to panic. Indeed, the financial markets’ reaction has largely been a shrug. The coalition’s win, though decisive, was far below the two-thirds majority required to change the constitution without a referendum. Italy’s checks and balances in the shape of the presidency and the constitutional court seem safe, for now.

The EU can take some comfort, scant as it is, that things could be worse. Meloni’s Atlanticism and strong support for Ukraine makes her premiership easier for Brussels to swallow. But Salvini and Berlusconi remain Kremlin apologists. This could well be troublesome for Meloni. A spat over Russia’s war in Ukraine was one reason Draghi’s unity government derailed. Moreover, the dire economic situation gives Meloni little room for radical change, which she seems to sense: her political fate is tied to that of the economy. She need only look to the UK to see the repercussions of reckless tax cuts in this climate.

Italy’s new government may be the first since Benito Mussolini to be led by the hard-right, but firebrands have served as junior coalition partners without much consequence. For all of Salvini’s repugnant invective against migrants, he was unable to change much as interior minister. A Meloni-led government may seem objectionable to many. But she has proved she is electable. She must now show that she can govern.