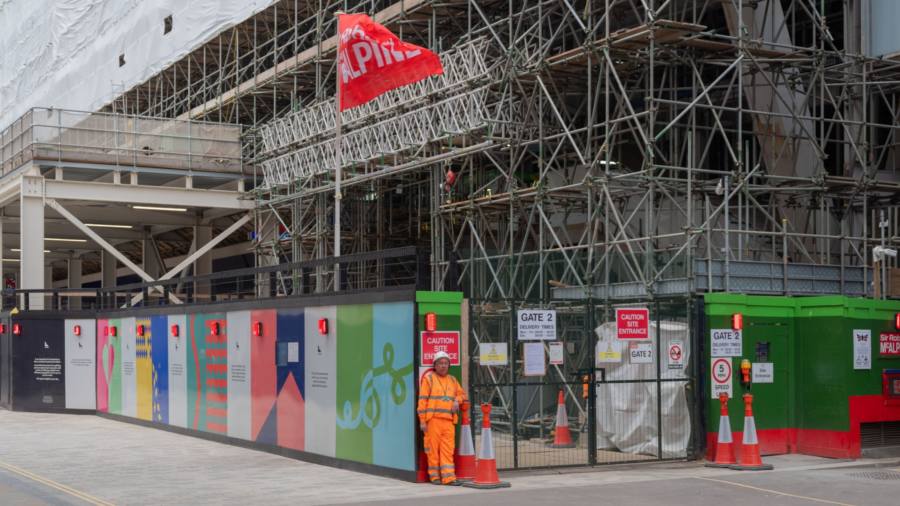 Deutsche Bank’s new London headquarters is being sold after having its price cut significantly, a disposal that lays bare the impact rising rates have had on commercial property prices.

Lendlease, the Australian developer which previously redeveloped the capital’s Elephant and Castle neighbourhood, has struck an agreement with UK landlord Landsec to buy 21 Moorfields, Deutsche’s City of London base, for £809mn.

The deal displays the chilling impact of rate rises and an expected recession on the market. Landsec was originally hoping to raise closer to £1bn from a sale, according to office agents in the capital, and 21 Moorfields was valued at almost £900mn as recently as March this year.

Since then, rising rates and inflation have added to the costs facing investors and developers and seen the market seize up.

“It’s a large-scale deal [but] 12 months ago [21 Moorfields] would have been a lot pricier, let’s put it that way,” said James Beckham, head of central London investment at estate agent CBRE.

The office block is not scheduled to be completed until early next year, and Landsec will finish the development before handing it on. The company estimates it will have ultimately turned a profit of £145mn on 21 Moorfields once the sale completes in the coming weeks.

Even at a discount, the deal is welcome evidence for property agents and investors in London that a step-up in costs has not completely killed the market.

“[The] investment in the City of London reflects the global appetite for premium and sustainable office assets in the world’s key gateway cities,” said Neil Martin, European chief executive of Lendlease.

Landsec chief executive Mark Allan signalled his intention to sell off London offices in order to trim a debt pile of around £4bn and reinvest in development projects in an interview with the Financial Times earlier this year.

Beyond a smattering of deals, the London office market is moving slowly, said Beckham. A similar impact has been felt across commercial real estate sectors, with activity stalling in recent months as many sellers opt to withdraw buildings from the market rather than accept lower prices.

Where deals are being struck, discounts are the norm.

MARK had originally sought more for the portfolio but, according to the company’s boss Marcus Meijer, it opted to sell directly to Prologis at a discount rather than launch a long competitive process against an unstable geopolitical and economic backdrop.

“It would have taken well into the latter half of this year to get a good price [from a competitive process], and no one knows how the Ukraine situation will unfold,” he said.