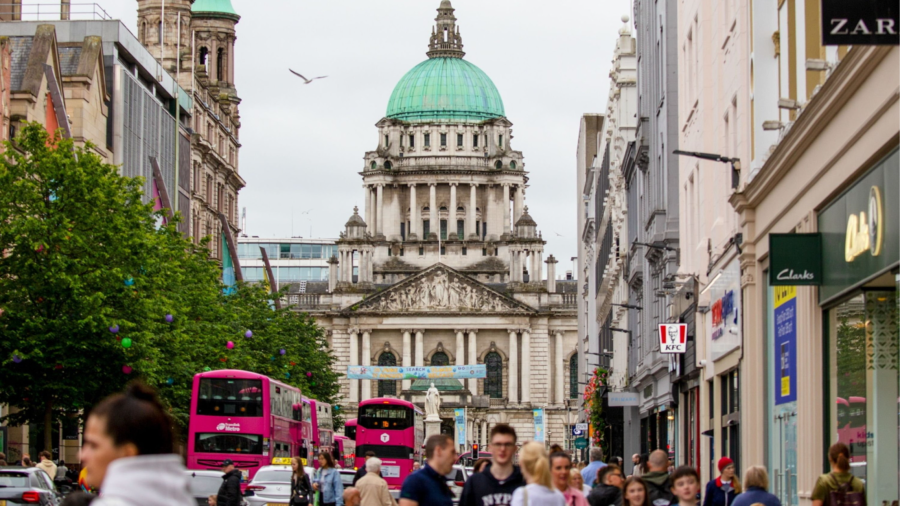 Northern Ireland has more Catholics than Protestants for the first time in its 101-year history, highlighting the shift in demographics and identities four months after a party committed to Irish reunification won regional elections in a region designed to be permanently Protestant.

The results of the census, released on Thursday, showed that 45.7 per cent of people identified as Catholic or having been brought up in that religion, compared with 43.5 per cent as Protestant.

In the previous census, in 2011, 48.4 per cent identified as Protestant and just over 45 per cent as Catholic. Significantly, the census revealed a sharp drop in British identity and a rise in Irish identity.

The results, which followed elections in May in which the nationalist Sinn Féin became the largest party in Northern Ireland for the first time, could increase calls for a referendum on the region’s constitutional future.

The census comes a century after Ireland was partitioned to create a Protestant region committed to union with the UK. At the time of partition, Protestants made up about two-thirds of the population.

“Does this mean we’re headed for a UI [United Ireland]? No, but the census results are significant and have implications for the union. Anyone saying otherwise is fooling themselves,” Sarah Creighton, a unionist commentator, wrote on Twitter.

Not all Catholics identify as nationalists, nor Protestants as unionists, in a region riven by identity politics and scarred by the three-decades-long Troubles, when Irish republican paramilitaries fought to oust UK rule and loyalist gunmen fought to stay British.

But Sinn Féin MP John Finucane said the census results were a “clear indication that historic change is happening”. The party wants a unity referendum within a decade and said planning needs to be accelerated.

“There is no doubt change is under way and irreversible,” he said in a statement.

But Liam Kennedy, a historian and professor at Queen’s University, Belfast, who specialises in social change, said the “fluidity of identities, which wasn’t a feature a century ago . . . means the constitutional game is wide open”.

On Thursday he told BBC radio: “Inevitably, Ulster unionists are going to be discomforted by the long-term trend . . . which is towards a rising Catholic share of the population. How that translates into constitutional preferences, of course, is another matter . . . What is clear is the spectacular failure of Irish republicanism to attract any significant Protestant support.”

The Democratic Unionist party, deposed in May as the region’s long dominant party, dismissed suggestions that a “religious headcount” brought a reunification referendum closer as “lazy analysis”.

The census data, released by the Northern Ireland Statistics and Research Agency, painted a complex picture of identity and demographics. Officials said more Catholic births and fewer deaths, and the reverse among the Protestant population, in part explained the shrinking Protestant share.

The census also found a declining number of people identified as British, compared with 2011. Under the Good Friday Agreement in 1998, which ended the Troubles, people were given the choice of identifying as British, Irish or both.

Furthermore, the number of people with an Irish passport surged 63 per cent compared with 2011, reflecting a desire in a region — where the majority voted to remain in the EU — to maintain ties to the bloc. Currently a third of people in Northern Ireland hold an Irish passport.