Where this UK mortgage meltdown will really bite 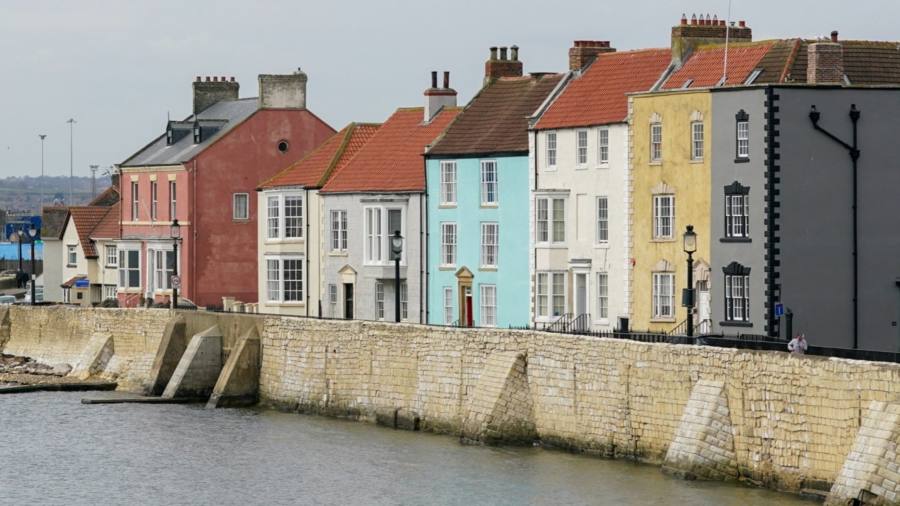 Typical. You take care of one cost of living shock and another turns up to take its place.

The extreme gilt market reaction to UK chancellor Kwasi Kwarteng’s “fiscal event” last week, which came on the back of a package to tackle soaring energy costs, has triggered mayhem in the mortgage market. A clutch of lenders, including Virgin Money, Skipton Building Society and Halifax, stopped offering new mortgages or withdrew certain products on Monday in response to the soaring cost of funding.

This isn’t 2008. The market isn’t just slamming shut because lenders lack funds. But the impact will be painful and unequally felt.

Banks have been caught with products on offer that are just bad business after the surge in funding costs. The two-year swap rate, which mortgages are priced off, has jumped from under 4 per cent a few weeks ago to north of 5.5 per cent. Business that looked decent very recently is now uneconomic, particularly for those with the keenest pricing in the market.

The shock has jarred some banks more than others. The biggest lenders are more likely to have hedged their funding several weeks ahead. HSBC and Santander suspended new deals on Tuesday, in part because they were inundated by demand. Halifax only pulled certain mortgages with fees, where the upfront payment has to compensate for a lower interest rate. Others, mostly challenger banks and building societies, froze everything.

Make no mistake: all banks will be hiking their mortgage rates over the coming weeks. But the urgency is greater for some. Big high street names, like Barclays or NatWest, have more sticky, low-cost deposits in their funding mix. Challengers and building societies tend to be more reliant on higher-cost savings deposits and hot money that moves more frequently.

That has been becoming more expensive: on Monday, the average 2-year bond rate on offer was 2.8 per cent from building societies and 3.2 per cent from challenger banks, according to Omar Keenan at Credit Suisse. For the big banks, it was just 1.6 per cent. Similarly, the Big Five banks have a loan to deposit ratio of about 80 per cent, notes Keenan. Other specialist lenders are more likely to be reliant on other sources of funding, such as the market for mortgage-backed securities.

The hit to households won’t be immediate. UK borrowers are now overwhelmingly on two to five-year fixed-rate deals. There are 600,000 fixed-rate deals due to expire in the second half of this year and 1.8mn next year, according to UK Finance. If mortgage rates go up to 6 per cent, the average household refinancing a two-year deal would see monthly repayments jump over 70 per cent from £863 to £1,490, according to Pantheon Macroeconomics.

More households than ever are insulated from this market shock. Outright home ownership has been steadily rising since 1990, with owner-occupiers without a mortgage outnumbering borrowers since about 2014. But those protected from the mortgage ructions are concentrated in the older age groups: 62 per cent of outright owners (roughly a third of the market) are 65 or over; 58 per cent of owners with a mortgage (another third) are aged 35 to 54. Private renters could suffer as landlords seek to pass on higher mortgage costs.

Younger people, many already shut out of buying, are likely to be those who increasingly struggle to get a mortgage on affordability grounds. First-time buyers, who last year borrowed on an average income ratio of 3.58 times based on UK Finance numbers, are likely to be most affected by higher rates and tightened lending criteria, followed by home movers on 2.96 times and those remortgaging on 2.8 times.

And just as with energy, poorer households will suffer most. UK Finance earlier this month looked at household “wiggle room”, or the proportion of disposable income left after mortgage repayments and basic expenditure. A 100 basis point rise in mortgage rates (and the market is pricing in close to triple that by the end of the year) left the picture for richest households barely changed, but meant a substantial deterioration in the position of those in the lowest income brackets. Even for this modest rise in rates, the trade body estimated that three in 10 could struggle to pay their bills after refinancing this year.

Needless to say, these are also among the households set to benefit least from the tax cuts that helped spark this mess.