What we know about the damaged Baltic Sea gas pipelines 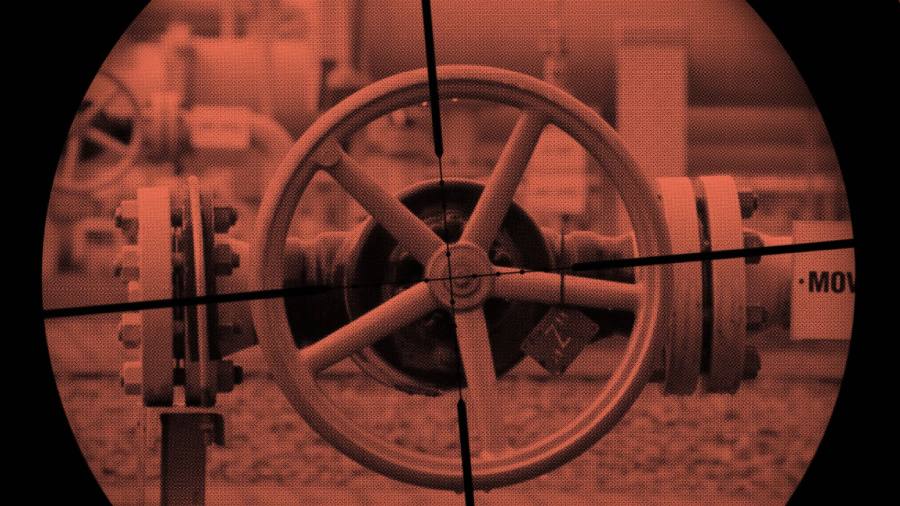 Mysterious explosions, methane leaks and giant bubbles of gas in the Baltic Sea — alleged sabotage of two European pipelines have fuelled anxiety about attacks on infrastructure and a new stage of hybrid war.

Three leaks were detected in the Nord Stream pipelines linking Russia with Germany, all in international waters just off the Danish island of Bornholm in the middle of the Baltic Sea.

Neither pipeline was in operation as supplies in Nord Stream 1 were halted this month by Russia and Nord Stream 2 never came into operation after Germany cancelled its approval process. The leaks coincided with the opening of a new pipeline between Norway, now Europe’s biggest gas supplier, and Poland.

What do we know so far?

The first sign something was up came on Monday morning when German seismologists detected a spike in activity that would coincide with the Nord Stream 2 leak reported later that evening by Denmark. Photographs by Planet Labs, a satellite photography provider, taken on Monday morning show a foaming mass of around 700m in diameter.

Seismologists reported a further spike on Monday evening, which probably coincided with the two leaks on the Nord Stream 1 pipeline announced by Sweden’s maritime administration on Tuesday morning. Swedish seismologists said the two powerful spikes in activity were in keeping with explosions, not natural events such as earthquakes.

The leaks occurred in Denmark’s and Sweden’s exclusive economic zones, not in their territorial waters. Both countries’ prime ministers underscored that as the leaks took place in international waters, there was no attack against either Denmark or Sweden.

Neither is in busy water; they are situated just outside a large area of sea designated for use by the Danish military as a firing practice area and which has also been used to launch some civilian space rockets.

Experts said they were worried about the amount of methane that was likely to have leaked out. Methane is a potent greenhouse gas with a about 80 times the warming potential of carbon dioxide over 20 years. The leaks “risk becoming a climate and ecological disaster,” said Stefano Grassi, head of cabinet for the EU energy commissioner.

What could have caused the leaks?

The immediate suspicion was that they were acts of sabotage. The Polish and Danish prime ministers both immediately suggested they were unlikely to have been accidents. By Tuesday Nato had assessed it was sabotage too.

Each steel pipe is about 4cm thick and is coated in up to 11cm of concrete, making each 12m section weigh about 24 tonnes, according to the operator of the pipeline, Nord Stream, which is controlled by Russian state gas supplier Gazprom.

The two Nord Stream 1 leaks are relatively close together and only around 15km from a busy shipping lane. The Nord Stream 2 leak, however, is around 80km to the south in an even quieter area of sea. There is little passing traffic as it is shielded to the north-west by the island of Bornholm. The military firing practice area, which is subject to restrictions when in use, is just 5km to its north.

Björn Lund, a member of the Swedish seismic network, told state broadcaster SVT he guessed more than 100kg of dynamite or TNT would be needed to cause such large explosions.

H I Sutton, a submarine expert, wrote on Twitter that the leaks took place in sea with a depth of just 70m. He speculated that if Russia was involved in the sabotage it was probably carried out using underwater drones and divers and not submarines.

An energy analyst suggested Russia could have used “malevolent pigs”, referring to the pipeline cleaning and inspecting machines known in the industry as ‘pigs’ used to find faults or clear blockages.

Who could be behind it?

Jens Stoltenberg, Nato’s secretary-general, urged caution about jumping to conclusions. “This is something that is extremely important to get all the facts on the table, and therefore this is something we’ll look closely into in the coming hours and days,” he said.

Ukrainian officials were quick to point the finger at Moscow. Mikhailo Podolyak, an adviser to Ukraine’s president, said the leaks were “nothing more than a terrorist attack planned by Russia and an act of aggression towards EU”. Dmitry Peskov, president Vladimir Putin’s spokesman, said on Wednesday that claims of Russia’s involvement were “quite predictably stupid and absurd”, according to Interfax.

Radek Sikorski, a former Polish foreign minister, suggested the leaks were the result of US sabotage, posting a picture of one of the leaks with the words: “Thank you, USA”. The US administration was critical of NS2 which, before it was frozen shortly before Moscow’s invasion of Ukraine in February, would have been used to bypass Ukraine. However Jake Sullivan, tweeted on Tuesday that he had spoken to his Danish counterpart “about the apparent sabotage” adding: “The US is supporting efforts to investigate and we will continue our work to safeguard Europe’s energy security.”

Concern has mounted in western intelligence circles in recent years that Russia has been testing the vulnerability of critical infrastructure in some countries.

One of the two fibre-optic cables linking the Norwegian mainland with the Arctic archipelago of Svalbard was cut in January this year, with police blaming human activity. Norway also warned on Monday that unidentified drones had been flying close to several oil and gas rigs over several months, prompting investigations by police and intelligence services.

Russian security services last week claimed they had thwarted a planned Ukrainian attack on the TurkStream pipeline that supplies Turkey and parts of southern Europe. Kyiv rejected the allegations. A western security source suggested the Russian allegation would be consistent with other suspected ‘false flag’ operations by Moscow to spread doubt and suspicion about who was behind any subsequent attacks.

Analysts said the worst-case scenario for Europe would be sabotage of an active pipeline such as one between Norway — now its biggest gas supplier after replacing Russia after the invasion of Ukraine — and the continent or the UK. Oslo on Tuesday night raised the preparedness level of its oil and gas installations amid widespread concern in Norway.