The Lex Newsletter: why it’s not just sterling that’s taking a pounding 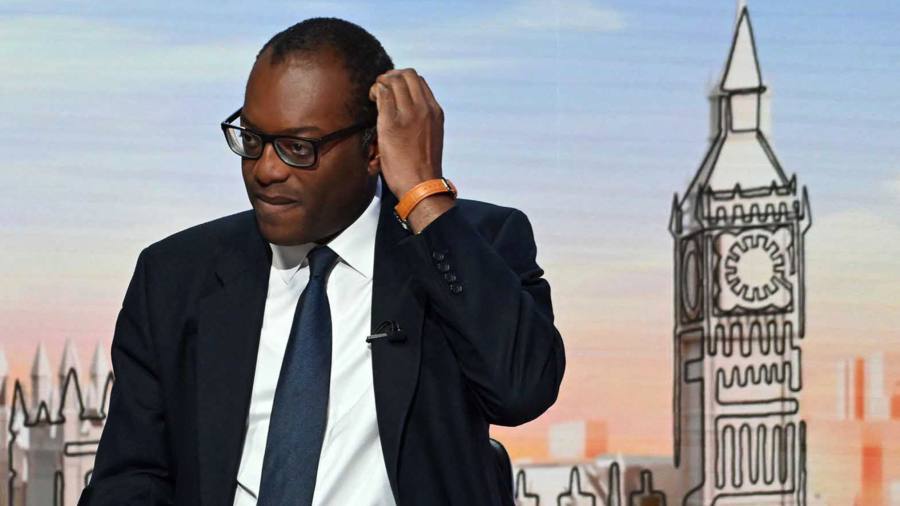 This article is an on-site version of The Lex Newsletter. Sign up here to get the complete newsletter sent straight to your inbox every Wednesday and Friday

Kami-Kwasi puns aside, reaction to the UK’s new growth policy has been unremittingly grim. Chancellor Kwasi Kwarteng sparked fears that the UK had abandoned fiscal probity when he set out the biggest package of tax cuts in 50 years on Friday. That put both sterling and gilts in traders’ crosshairs. Simultaneous sell-offs of currency and debt are normally the lot of crisis-ridden emerging economies.

The rout could have consequences beyond the UK. A top US Federal Reserve official said the UK government’s fiscal plan raised the odds of an international recession. A currency crisis in a reserve currency could well have global consequences, according to former US Treasury secretary Larry Summers.

But it is Britons who are most vulnerable to the fallout from the mini-Budget. The market turmoil will translate into real pain for many businesses, homeowners needing to remortgage their property and anyone on a tight budget.

Sterling has clawed back some of its losses after falling to a record low against the dollar on Monday. But it remains near its lowest levels since 1985. With imports making up about a third of households’ consumption, that will push up inflation. A 2.7 per cent fall against other currencies reduces living standards by about 1 per cent, according to the Resolution Foundation. That will add to the squeeze from soaring energy costs and the stagnation of earnings since the financial crisis. The country is on track to notch up two lost decades of income growth.

Friday’s statement has sharply pushed up UK government borrowing costs. Bond investors recoiled at the prospect of extra sales of gilts, amounting to an additional £70bn of debt in the current financial year alone.

The post-fiscal statement market movements implied an additional £14bn of borrowing costs by 2026-27. That will put more pressure on spending budgets, given the government’s unwillingness to increase taxes. Indeed, Kwarteng on Sunday promised more tax cuts to come. That suggests public sector pay will be required to take a lot of the strain.

If so, some bitter battles lie ahead. There are already recruitment and retention problems in the public sector. Government employees have done even worse than their private sector counterparts over the past decade. Former top Treasury official Nick Macpherson draws a parallel between the scale of planned real pay cuts and those imposed by Ramsay MacDonald’s national government in 1931 to deal with the Great Depression. The latter ended with a Royal Navy mutiny and a financial panic that forced the pound off the gold standard.

There is no need to go so far back to explore the impact of higher interest rates. On Tuesday, the market started to price in a bank rate of more than 6 per cent by May next year after the Bank of England’s chief economist said the market upheaval called for a “significant monetary response”.

Capital Economics, a consultancy, draws a parallel with the UK crash of the early 1990s when prices fell by a fifth in cash terms and almost 35 per cent in real terms. At the current level of house prices, a 6.6 per cent mortgage rate would cause affordability to deteriorate to a level not seen since 1990, it says.

Talk of 6 per cent rates might seem modest compared with the double-digit interest rates that were common in the 1980s and 1990s. But rampant house price inflation over the past quarter century means that mortgages are now based on higher multiples of income. Adjusting for the greater indebtedness of borrowers, repayments at a rate of just 3 per cent today would be the equivalent of a 14 per cent rate in 1980, according to Neal Hudson of research group Residential Analysts.

Corporate borrowers are also exposed. The number of UK companies with interest cover (operating profits divided by interest expense) below one exceeds that of most EU countries, according to Lex calculations.

Elsewhere in the UK, the market turmoil has created an opening for the opposition Labour party to claim the mantle of economic competence. At the party’s annual conference, Sir Keir Starmer claimed his party stood for “sound money”. A poll showed Labour had its biggest poll lead in 21 years, 12 points ahead of the Conservatives.

Meanwhile, banknotes featuring a portrait of King Charles III are expected to enter circulation by the middle of 2024, the BoE said on Tuesday. Good news for currency printer De La Rue. You can read Lex’s thoughts earlier this month about the money-printing operation here.

Regardless of the gloominess around, do enjoy the rest of the week.

If you would like to receive regular Lex updates, do add us to your FT Digest, and you will get an instant email alert every time we publish. You can also see every Lex column via the webpage