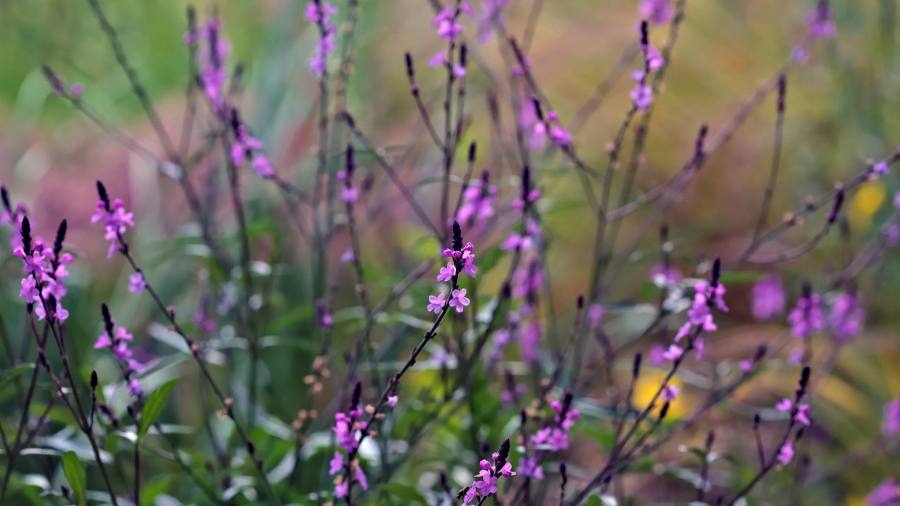 I am rummaging through my flower beds looking for casualties and successes. So, no doubt, are many of you. The absence of rain and that burst of record heat did damage. It also showed up some winners. In some ways, it showed up me.

Watering is all very well but I dislike being in it for the long haul. I notice the results on plants I bought and put in this year; they say much about the sort of non-compost in which many suppliers grow them. Before planting, I have to immerse each bouncy rootball and its spongy apology for garden loam. I take them out of their pots and hold them in a bucket of water until bubbles come up and they are as heavy as a raw aubergine. Only then do I plant them.

On dry soil, this preliminary ducking is essential but even then, a hot dry spell puts them through the mangle. They need daily attention from the watering can. I have been tied to verbenas, which could be worse, but they are only one group among many others and I cannot give them undivided attention.

There is, however, one winner in their family: it is called Verbena Bampton in most of the trade, but Verbena officinalis var. grandiflora is its technical name. Five years ago, an unassuming young plant of it caught my notice on one of those village open days when people sell bits of Alchemilla in biodegradable pots for £2.50 each. I bought it on the off-chance, expecting it to die in the first frost, but it has done quite the opposite. It has survived ever since and has seeded itself prettily into gravel and gaps in paving. It has endured the heat without any watering at all, and in Oxford I have it looking good in a crack beside an asphalt path.

It sends up a mass of thin stems to about two feet, covered with small single flowers of lavender purple from June until September. Bees are meant to be drawn to them, along with other pollinators. My bees go to the nearby petunias instead.

It has a remarkable origin. In Devon, gardeners in the village of Bampton found the first plants and began to pass it to one another. Wondering what it was, they asked the RHS, which referred it to an expert in verbenas: he diagnosed it as a hybrid of the tall wild European verbena. It had arisen, probably accidentally, from a cross between two plants. There are many tales of garden plants arising “naturally” in villages, but this one is true. Its parentage means that it is quite unlike the half-hardy verbenas with flat heads of flower. It will survive cold as low as minus 20C.

Most Bamptons have finely cut dark purple leaves, which are an attraction too. Sometimes a seedling is not quite so good, being green in leaf and pale in flower; if so, it needs to be pulled up and thrown away. Otherwise the plant is a managerial dream: it needs no attention. In the Beth Chatto garden in Essex, the driest of dry gardens, they really rate it, as does the RHS in another dry Essex garden, Hyde Hall. They even use it in big containers.

It would be a wonderful addition to hot gardens overseas. Later this month, you can take masses of cuttings off the side stems of plants with the best leaves and flowers. They root quickly and very easily and allow you to Bampton an entire terrace.

At a different height altogether, the heat has suited the Californian tree poppy, Romneya coulteri. It grows at least six feet high and flowers in July and August on tall stems above neatly cut grey-green leaves. It is a cussed customer, running far and wide in some gardens and failing totally in others. I was just admiring its superb response to heat in Oxford when a reader of my recent column about silvery and tap-rooted plants left a comment online praising this very plant. He was in good company.

A day before, a friend on holiday in Normandy had sent me pictures of romneyas in front gardens, covered in flat white flowers with yellow centres like fried eggs, sunny side up: she could not identify them. Independently, my daughter had just sent pictures of romneyas flowering and falling about in beds in the gravel in her London front garden: they provoked wistful envy in her father as I have failed with them at home. So it has been romneya time on all fronts.

When a romneya is on the rampage, it is spectacular, but it can take over borders and small gardens entirely

When a romneya is on the rampage, it is spectacular, but it certainly can rampage: it is not a plant for borders or small gardens as it can take them over entirely. In a fine Sussex garden I once saw plants that had thrust their roots deep under a brick wall and come up a full six feet on the far side. The owner said she even had stems coming up through gaps in the floor of her downstairs loo.

In the Hillier gardens in Hampshire, Californian tree poppies once spread to take over about 50 yards of the garden. They looked magnificent.

Nori Pope, the former gardener at Hadspen House in Somerset, once told me that romneyas run wild on beaches in Vancouver Island, his home. In gardens too they like dry, well-drained soil and are usually unhappy on clay. There are two main varieties, which have mated and produced a third. Romneya coulteri grows wild in hills to the south-east of Los Angeles. It is taller but less vigorous than Romneya trichocalyx, whose roots can run for many yards.

Together they produce hybrids, a good one of which was selected in America and named White Cloud. It is the best one for Britain, but plants on sale are sometimes wrongly named. Romneyas are best propagated from root cuttings, so buy a White Cloud from a nursery that knows the parent. They are usually only on sale in spring when their young growth reappears.

My primroses are scorched and my willow gentians are struggling. Bits of the garden look like a burnt desert, so I find myself recalling the inimitable Tom Lehrer on the Wild West: “‘mid the yuccas and the thistles, I’ll watch the guided miss’les, While the old FBI watches me.” It may come to that.

Yuccas in Britain have been flowering stunningly and thistles of all kinds are untroubled by heat, but I do not want a prairie of spikes and prickles. I bless those other heat-survivors, cool-coloured kniphofias, cousins of red hot pokers, and blue and white agapanthus. Look beyond the deaths and learn from the plants that will perform when others around them are roasted.

Robin Lane Fox will be speaking at the FT Weekend Festival in London on Saturday September 3; ftweekend.live.ft.com 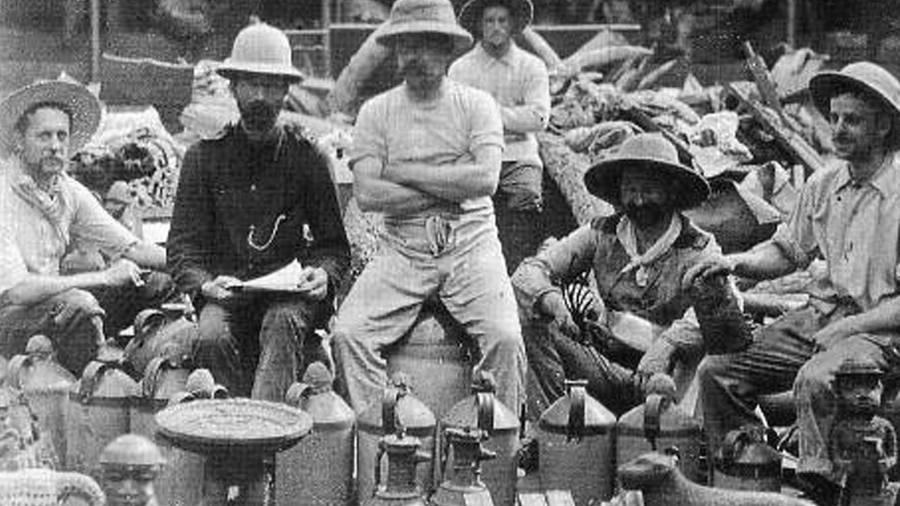 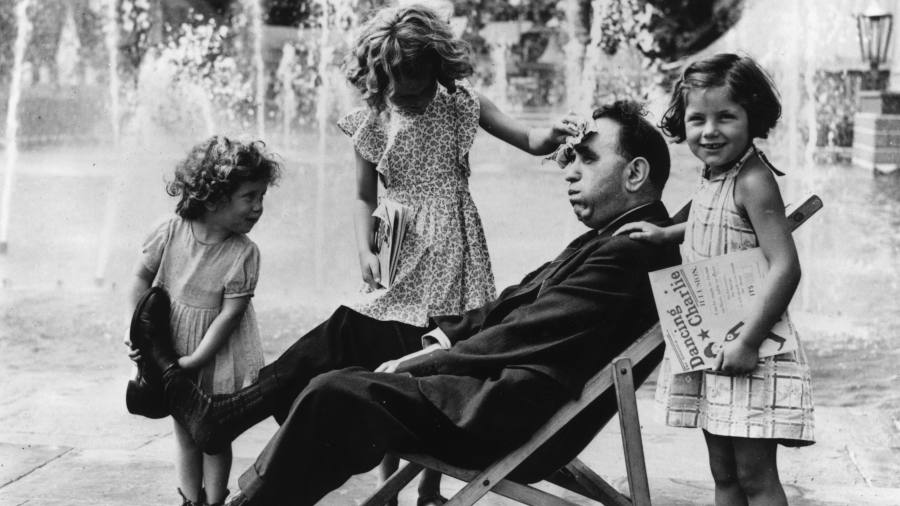 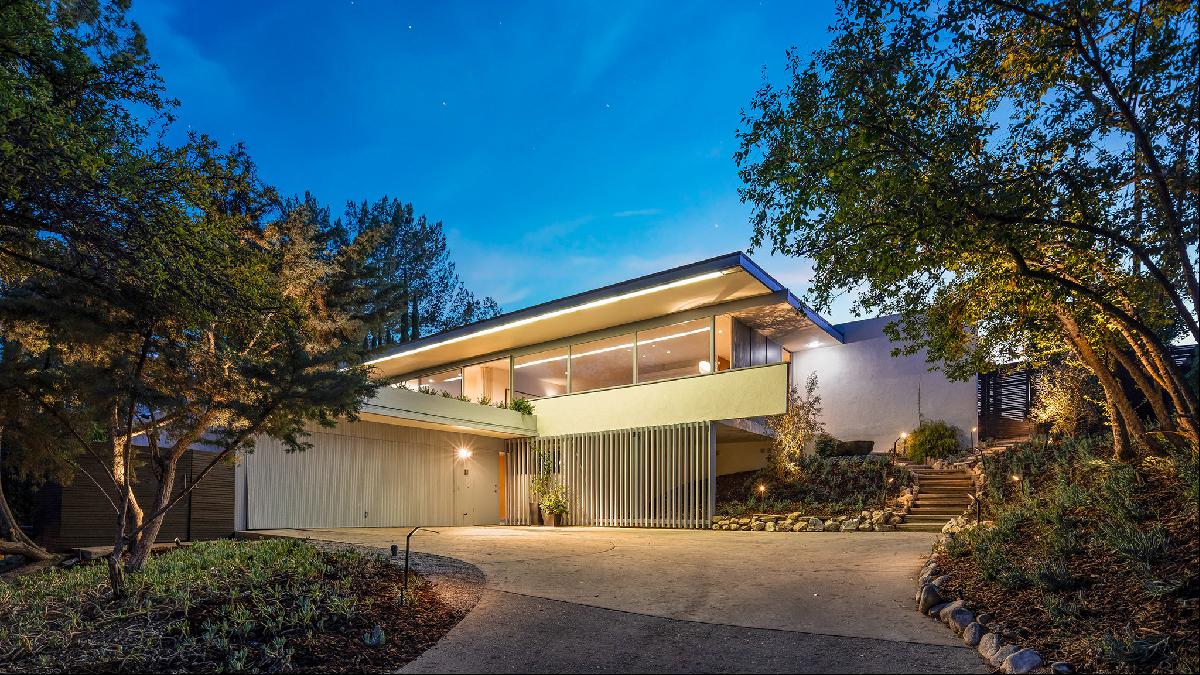 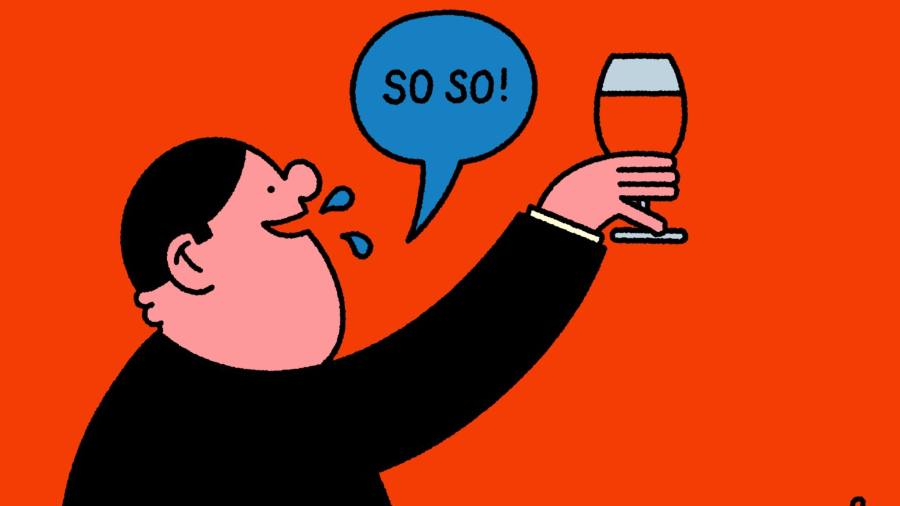 My hunt for a good house wine 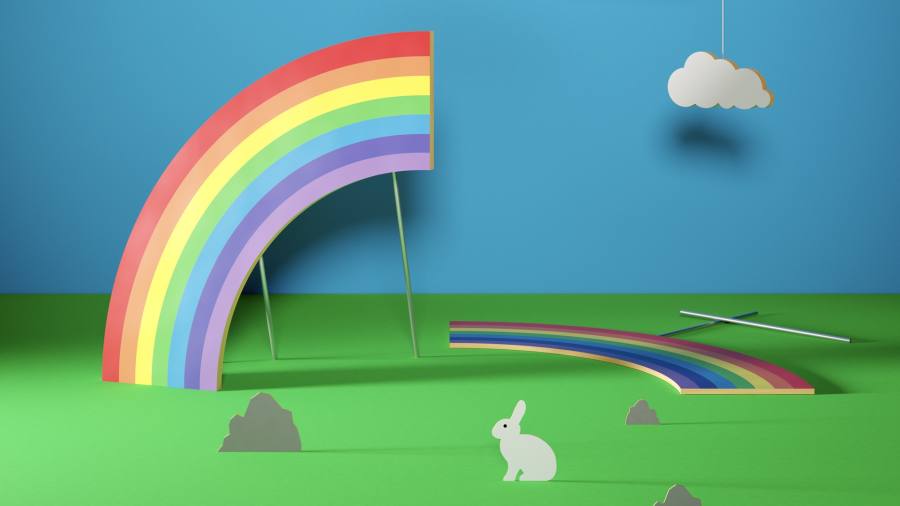 Economists must get more in touch with our feelings 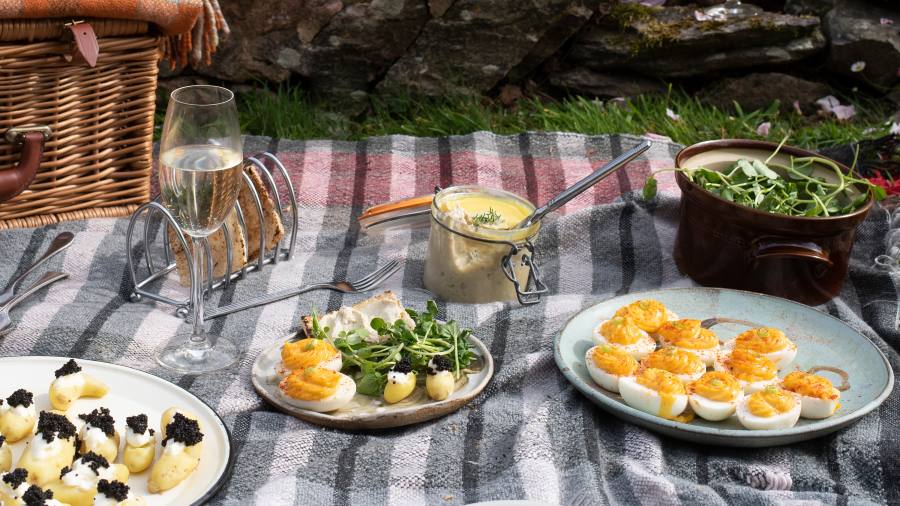 When sandwiches just won’t do 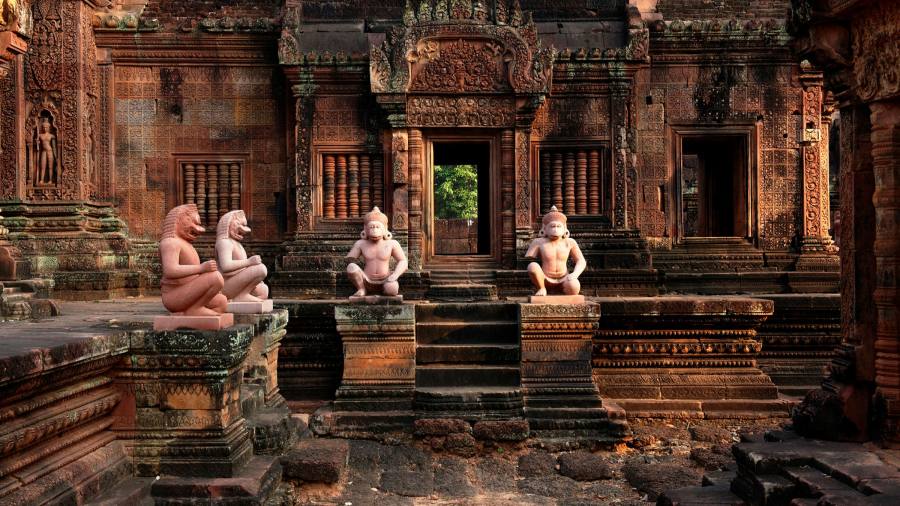 Monumental Angkor Wat and the lost ruins of Cambodia 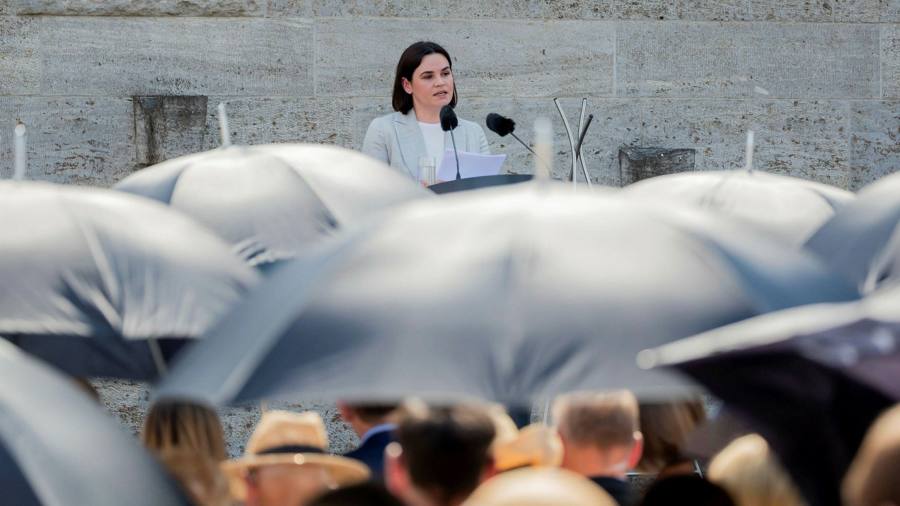