What colour do you paint a château? Reimagining the palette of the past 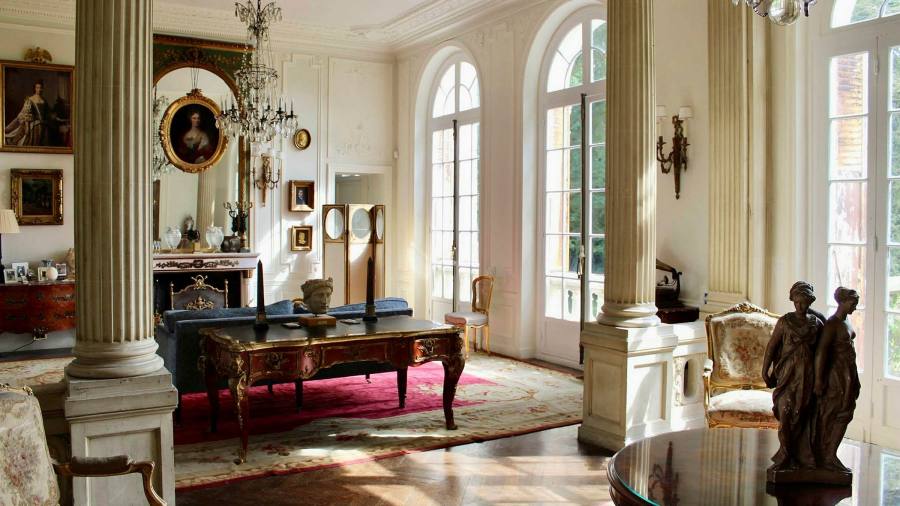 Colour is an exact science, but its nature and our perception of it change according to time, place and juxtaposition. “When you talk about historical colours, you’re seeing them through the lens of the society you live in,” says interior designer Tim Gosling. “When you look at the Charlton Heston version of Ben-Hur, it’s hysterical, because it’s a story about the Romans in first-century Jerusalem, but all the colours [now feel] incredibly 1960s. Colour is baked into each era in which it becomes popular.”

Gosling started his career working with furniture maker David Linley and now creates interiors for superyachts and London hotels such as The Goring and The Berkeley. He has been in a time warp recently, sitting on the floor of one of the 57 rooms in the Normandy château he bought with his fiancé Steve Holmes three years ago, mixing new paint colours for its walls.

The château dates back to 1820, was remodelled by the designer of The Ritz in Paris, Georges Farcy, in 1910 and the Savary family moved in a year later. Its vast halls were occupied by the Nazis during the second world war, and then by General Eisenhower. The house ended up in the hands of wealthy Americans from Hawaii, who ultimately abandoned it 20 years ago, defeated by the impossibility of heating it to a liveable temperature.

At the moment, Gosling’s 82-year-old mother is on the scaffolding helping to gild the gates and tend to exterior detail outside the main entry, while little by little the ceilings, driveways and epic garden have been restored. Elaborate, floral Madame de Pompadour wallpaper by Schumacher has been hung inside and a vast wraparound tapestry, telling the story of the Triumph of the Gods, is being woven for the dining room by Zardi & Zardi.

The engine for the whole project is the colour palette that Gosling has created for the house, which tries to recreate historically meaningful hues. Twelve of these are now being sold by British paint company Graphenstone as The Restoration Château Collection.

The colours are all based on the clothing of a woman depicted in a 17th-century painting by an unknown artist that Gosling bought for the château’s grand salon. “There’s a lot of lacework on her outfit, with splashes of Aubusson red, and blues that are specific to France,” says Gosling, who talks about how pigments were developed in contrasting ways on different sides of the English Channel.

Geography has a lot to do with how you perceive a colour, he says — the light that inspired Titian in the Veneto is totally different from, say, the light of Texas. But more than anything, it’s chemistry that dictates how colour is rendered and then perceived.

“The colours that came on to the market from the 17th to 19th century were to do with technical innovation,” he says. The Royal Society hosted lectures on science and paint composition, “where Mr Turner — not the artist — created Turner’s Yellow, which wouldn’t oxidise, which [architect] John Soane used.”

Gosling is particularly fascinated by the greens that came from Paris and Versailles between the 1680s and the 1800s. When Swedish chemist Carl Wilhelm Scheele developed a new vivid green in 1775, it became all the rage. Its striking tone came from a unique chemical structure — Scheele heated sodium carbonate and added copper sulphate, but the magic ingredient was arsenic.

Napoleon’s love of toxic green may have contributed to his death. Interestingly, Turner’s Yellow is believed to have been a copy of a previous Scheele concoction, mixing chlorine and oxygen.

You might describe Gosling’s new range of paints as “Regency”, which is a word closely associated with his work to date. But apart from the popularity of a wide variety of bright colours at the close of the Georgian era, the term is amorphous — many of the pigments popular in 1811 had been in existence for years. It just suddenly became fashionable to use them in abundance.

“A lot of times terms like ‘Regency’ are used but are meaningless,” says colour historian Patrick Baty, author of The Anatomy of Colour. “And I am wary of the word ‘restoration’ [too] because it usually just means ‘refurbish.’”

While the name of Gosling’s paint for Graphenstone uses the term “restoration”, the project is, in reality, a playful and personal interpretation of historical ideas. Although they attempt authenticity, the paints are patently new. Graphenstone’s biggest marketing strategy is its use of graphene — a material composed of a hexagonal layer of carbon atoms — which studies show can absorb carbon dioxide. Graphenstone claims that a 15L pot of its Biosphere paint can absorb up to 5.5kg of CO₂ as it cures on a finished surface.

Developments in paint production have been necessary but problematic. “The industry went through painful changes between 2000 and 2010,” says Baty, when “oil-based emulsions were replaced by acrylic emulsions”. The qualities of the finish suffered as a result of regulations, but Baty says many in the industry are currently making a determined effort to improve their product.

It makes faithful paint recreations nigh on impossible. “In the past I have experimented with recreating historic paints with pigments that no longer exist, but even something like the pH of the water is different today, so you can’t do it,” Baty says. “And why would you? You’d just end up with something flawed and poisonous.”

The goal, as Gosling sees it, is to achieve something noticeably better than what existed before, at a time when the goalposts keep moving in terms of acceptable production methods. After all, even if it were possible to faithfully replicate a historical colour, trying to recreate the impact of how that colour was first received is futile.

“It’s impossible to imagine what it was like in the 1800s to walk into a room painted a new bright yellow,” he says. In 2009, researchers at Oregon State University created a new blue, called YInMn Blue. “It’s a deep, dark colour that’s almost fluorescent. And right now, I can’t imagine what it would be like to walk into a room painted with that colour, because no one has done it yet.”

The magic ingredient in Scheele’s striking shade was arsenic. Napoleon’s love of toxic green may have contributed to his death

The process of mixing and testing colours at the château was a long one, Gosling says, but then so was considering how extensively a certain colour might be used in a space, and then what to call it. “We had to work out what might work for a whole room, and what you might only use for a door,” he says.

One of the new colours, Aquitania Ocean Dawn — Gosling describes it as “a green with a lot of blue in it” — is named after the Cunard ocean liner that first sailed from Liverpool to New York in 1914.

The château’s grand staircase — one of the attributes the Nazis couldn’t strip out when they passed through (they looted all the heating hardware) — is the same design, and made by the same hands and factory, as the first-class staircase on the liner.

Much of the joy of the new paint range comes from how each colour works with one another. Madame Pompadour’s Taffeta, which is a deep green, creates a dynamic flourish next to the lighter Aquitania. “I’ve thought a lot about how colours complement one another in the weave of a carpet,” Gosling says, and he tried to create colours that harmonise in a similar way.

A lot of the palette has been tested at Gosling’s home in Clapham, south-west London, which he uses as a kind of laboratory, repainting repeatedly to experiment with the nuances of tone. Seeing the colours in situ can be revealing.

For example, when I first saw the colour Inner Shell Pink on the swatch card for his new paints, I found it pretty yet unremarkable. However, when applied to the wall panel behind Gosling’s four poster bed, framed by contrasting panels of another new colour, Eucalyptus Haze, and with a pastel portrait in the style of Le Brun hanging in the centre, the result is like having an insatiable sweet tooth and looking through the windows of Ladurée.

“One of the most amazing things about this project is that we have all the documentation relating to the building,” says Gosling, as he unfurls blueprints that have the inner walls detailed in a light pink, and then takes out a box full of receipts and orders for historical fixtures and fittings.

“Also, all of the furniture had been hidden away in storage [at the start of the war]. The family had put everything in a barn, and it had been untouched for decades. We’re talking about stuff that was designed to match all the plasterwork and the marble fireplaces.”

The Belle Époque treasures that Gosling discovered included the original crystal chandeliers, solid rosewood pieces and a Three Graces clock. While the concept of a “restoration colour” might be fanciful, the restoration of furniture is methodical, and something Gosling is meticulous about.

In Gosling’s London library — which is home to a scale model of both the château and the Aquitania cruise liner — there are pieces from the château that he is restoring, including candlesticks that he is boil-cleaning, and the dazzling elements of those crystal chandeliers. There are also stacks of photographs detailing the life of the Savary family at the house, as well as the unsettling images of the château’s occupation during the early 1940s.

“We have found the most remarkable things,” says Gosling. “We found Nazi paperwork stuffed into the heating vents — passes that you needed to be able to go out to shop for food.” When Pierre Savary was shot by the SS, Gosling discovered that his wife Lucienne managed to escape with their children and didn’t return until after the war. The D-Day landings took place a half-hour drive away.

“The whole thing is like Downton Abbey, but real-life,” he says. “We have become friends with the children of the children who escaped, Maud and Brigitte. It’s been amazing to have them in the house and tell us what they remember.”

The château has had an eventful 200 years. What will the next 200 look like? Currently Gosling and Holmes have more than 25,000 followers on their @restorationchateau Instagram account following its new journey, watching the 57 rooms slowly take shape, taking on the grandeur and glow that they would have once had.

There will, of course, come a day when the project is complete — and there will be a lot of rooms to live in. Looking over the original blueprints, Gosling points out the eccentricities of the original design: “There were 11 servants living here, and the billiards room is right opposite their bedrooms,” he says. “There’s also a bedroom for Charles de Gaulle because he was a friend of the family.”

So how will Gosling and Holmes ultimately use a house that’s significantly more substantial than a weekend getaway from London? “Oh, we haven’t got around to thinking about that,” says Gosling. “There’s so much to do first!” 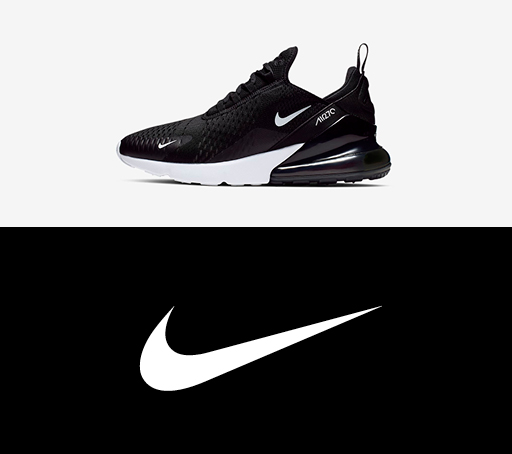 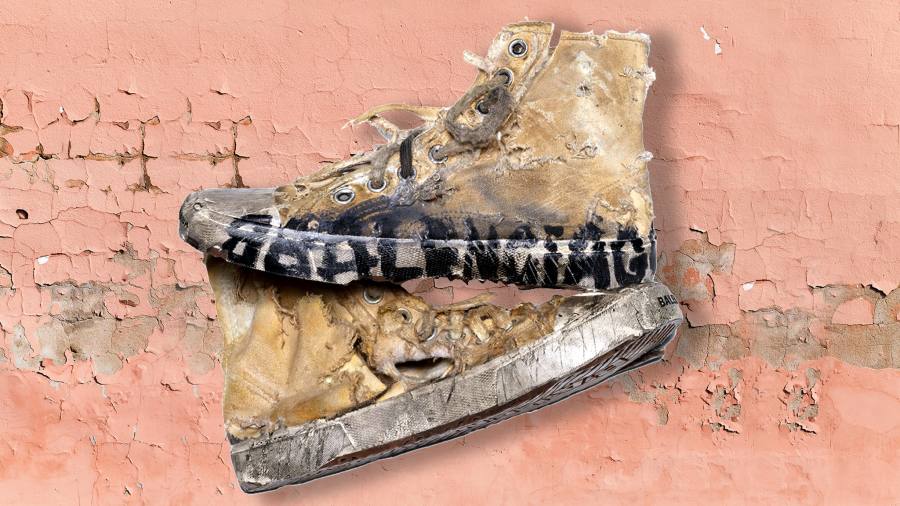 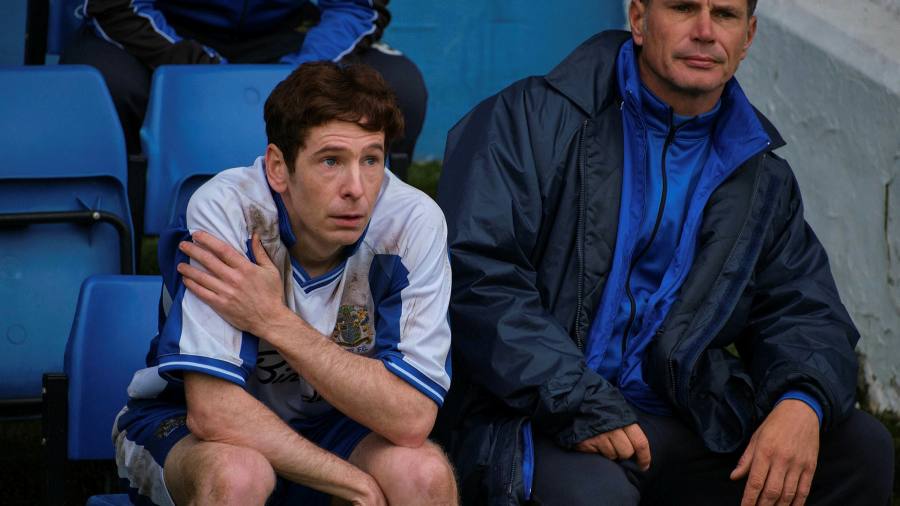 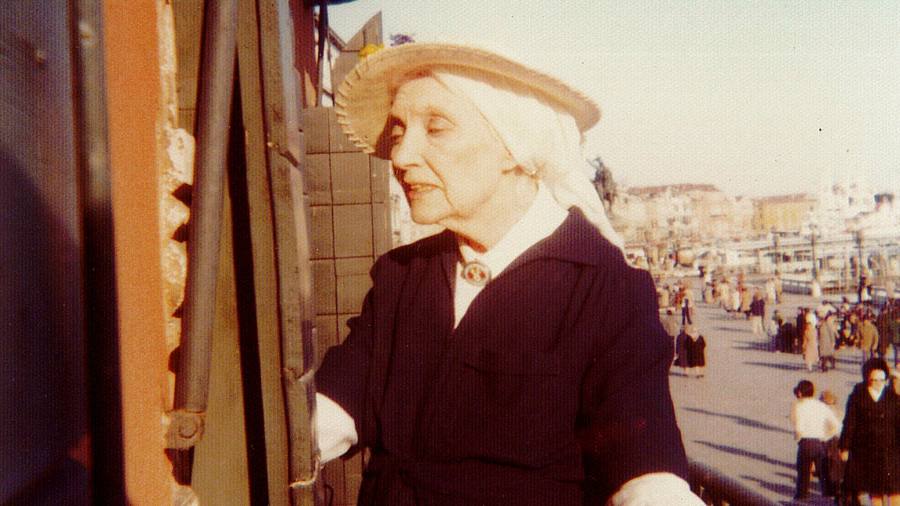 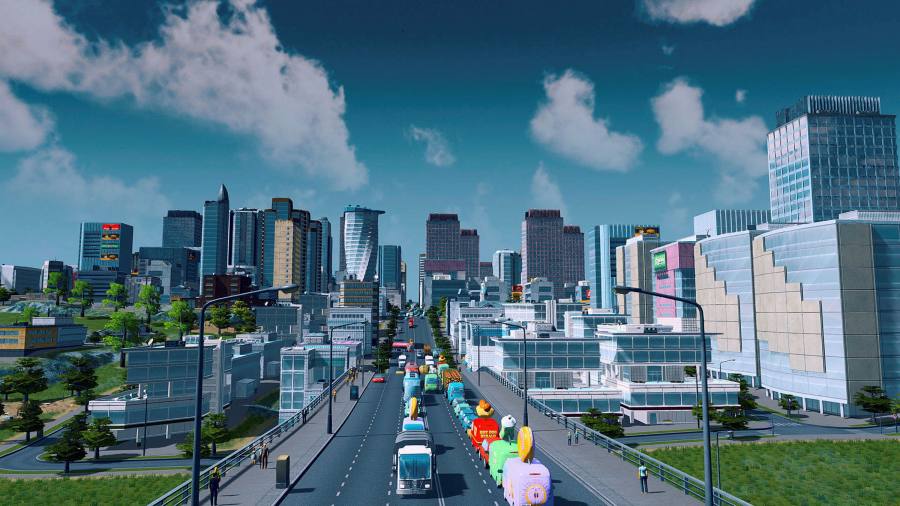 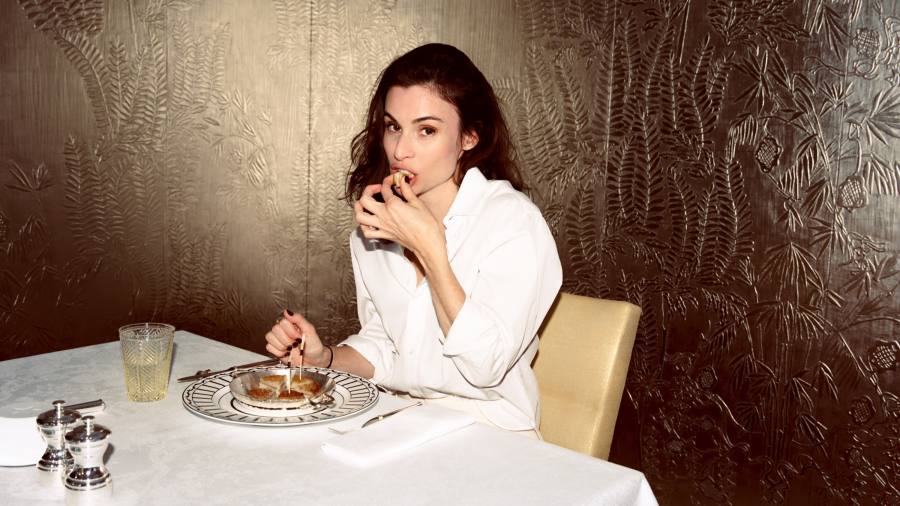 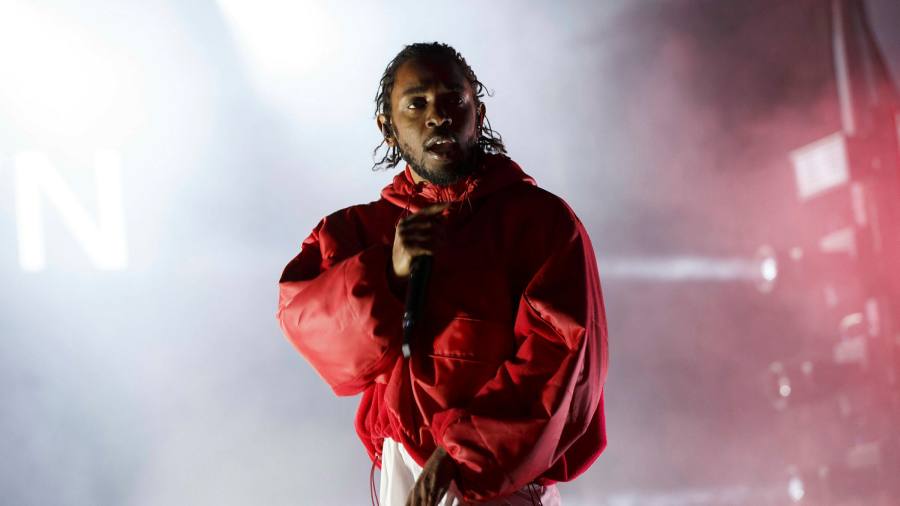 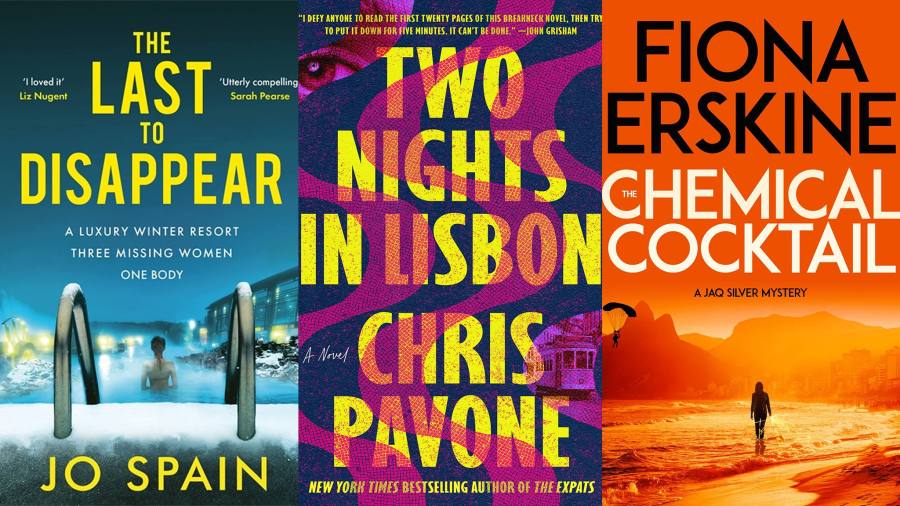 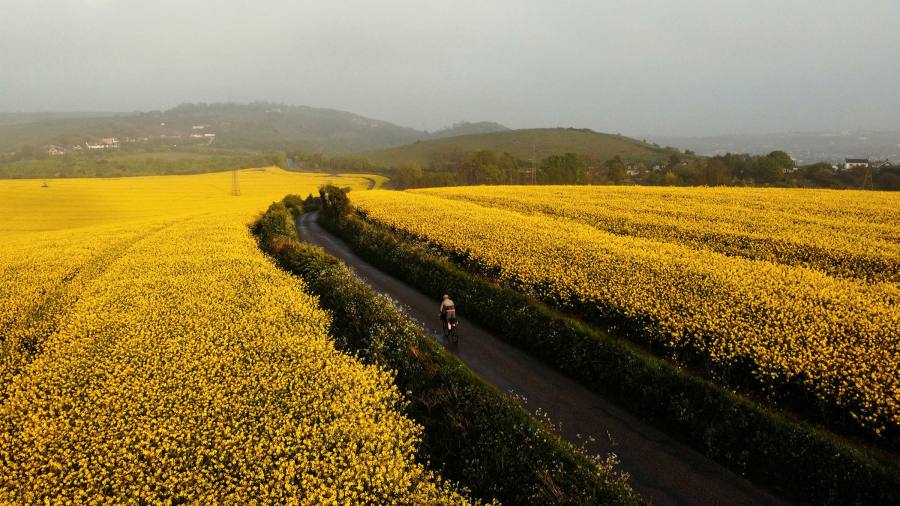 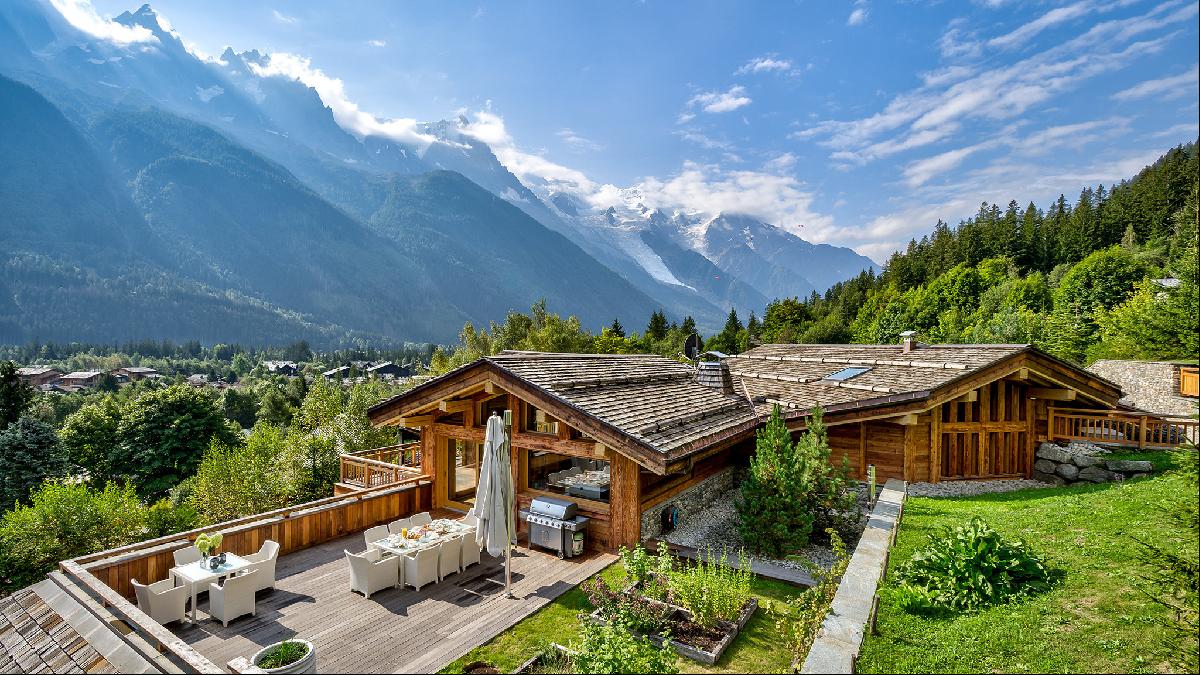