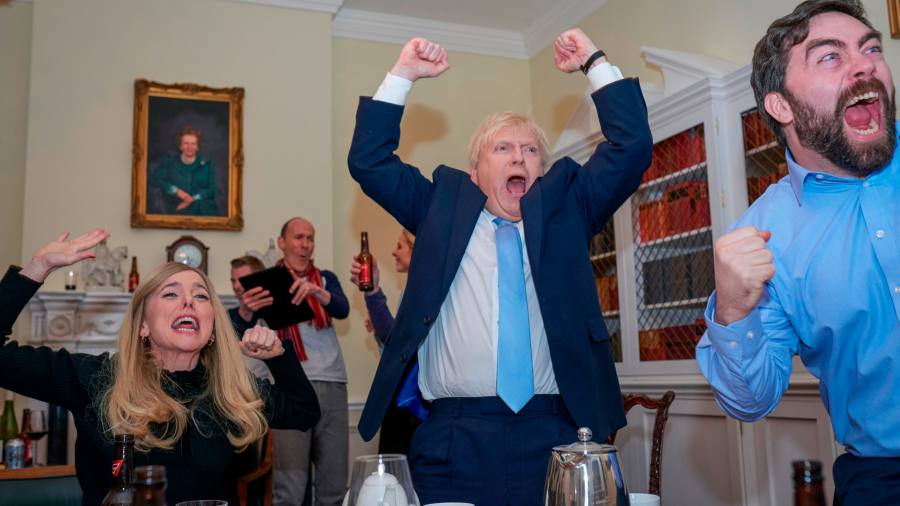 How soon is too soon? The question can’t have troubled Michael Winterbottom for too long. After all, the writer-director started working on his pandemic-set Downing Street drama This England in June 2020, when the world was still emerging from a first lockdown and alpha, delta and omicron were still merely Greek letters.

For many viewers, watching a dramatisation of the pandemic while the realities of illness, loss and lockdown remain raw will seem like a pointless or masochistic endeavour. Those who are drawn by the Sky mini-series’ focus on the goings-on at Number 10 will find a truncated story. With work on the series having begun so early, it culminates not with Partygate (which precipitated Boris Johnson’s political collapse) but with Dominic Cummings’ ophthalmological adventures to Barnard Castle. The six-parter pulls off the unusual feat of feeling simultaneously premature and dated.

While This England may be less than necessary, it does offer more than a run-through of the early Covid timeline. Billed as “a fiction based on real events”, it combines an account of the government’s reactive, insufficient and often careless handling of the crisis with a strange, intriguing and speculative character study of Johnson.

Between the casting of Kenneth Branagh and the frequency with which the former PM is seen reciting Shakespeare, Johnson appears here as a tragic theatrical hero. He is as isolated and insecure as Lear; as indecisive and mirthless as Hamlet; and — in bizarre dream sequences — as conscience-stricken as Macbeth. Disguised behind heavy prosthetics and vocal tics, Branagh still cannot help but confer gravitas upon a man once dubbed by David Cameron “the greased piglet”. Winterbottom leaves it to us to decide whether he’s sincerely looking for emotive depths in an outwardly caricaturish personality, or else ironically hinting at the gap between Johnson and these timeless figures he quotes.

Much of the narrative is taken up by Johnson’s chaotic leadership and his strained domestic life with partner Carrie Symonds (a well-cast Ophelia Lovibond) — as well as his own battle with Covid. But the series also remains true to its title by recreating the harrowing circumstances in hospitals and care homes throughout the country.

Scenes of frightened, lonely people gasping for air while being tended to by traumatised doctors and nurses give a glimpse at some of the stories behind the indigestible statistics. It’s possible that some of these people might have lived had Johnson and his supporting cast not asked themselves how soon is too soon to act.

On Sky Atlantic tonight at 9pm; streaming in full on Now thereafter