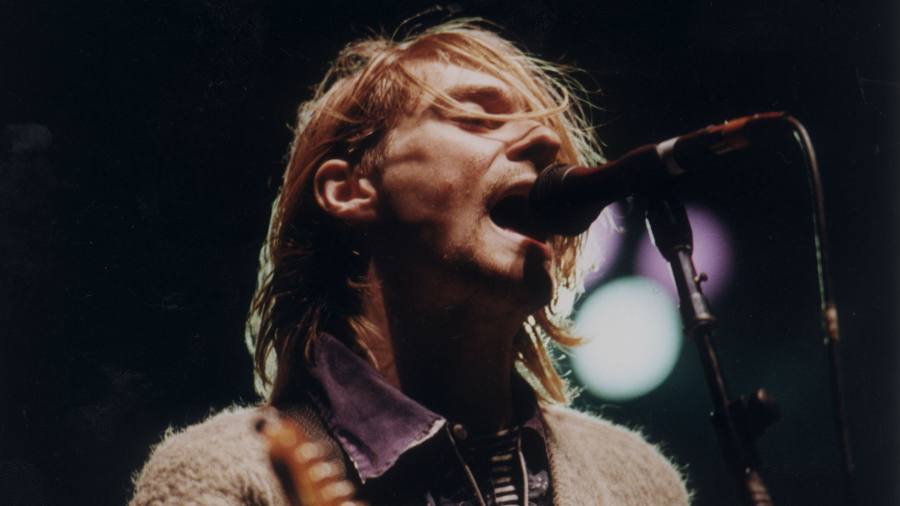 Relevance is a perennial concern for the opera world, and the new season at London’s Royal Opera House — with three operas on contemporary history — seems to be placing it at the top of its agenda. Making their house debut are History of the Present, which marks the 25th anniversary of the Good Friday Agreement; Least Like the Other, a portrait of Rosemary Kennedy, the younger sister of John F Kennedy; and Last Days, Oliver Leith and Matt Copson’s adaptation of a film based on the final few days of Nirvana lead singer Kurt Cobain.

Framing an opera about a living or recently dead figure raises important problems for its creators. How can it explore figures that audiences already know and have strong opinions about? And how does it deal with subjects who have the power to fight back?

Last Days proposes one answer: blur everything in sight, thus avoiding the concerns of history altogether. “If you’re expecting it to be a Kurt Cobain opera, you’ll be extremely disappointed,” says Leith, a London-based composer who grew up with Nirvana records. “There’s no grunge.” He has opted instead for music that captures a sense of the beautified everyday, where every instrument — strings and saws, kettles and kettledrums — can sing (or at least, rustle at pitch).

That saturation of singing things adds to the estrangement felt by the central character, Blake, who can only mumble. “There’s a kind of Brechtian alienation going on there,” Copson says, “which is already there in opera as a form. You have to buy into the idea of everyone singing.” Leith adds: “Blake is like a first-time opera visitor, asking, ‘What the fuck is going on?’” He’s clearly intrigued, though, as later the guitarist strums through his favourite song in the world — an Italian aria, obviously.

Part of Last Days’ abstraction derives from its source. Gus Van Sant’s art-house film of the same name from 2005 avoids conventional storytelling, focusing instead on the everyday movements of central character Blake as he stumbles confusedly through his daily life. The canonical understanding of Cobain’s final days — involving an escape from rehab in Los Angeles, a return to his native Seattle, the acquisition of a shotgun and his eventual suicide — is only referenced on occasion. “Our interest was not in it as a Kurt Cobain biopic,” Leith says of the film. “It was in its tone, and its everydayness.”

The trend for operas that deal with contemporary historical settings really began with John Adams’s 1987 Nixon in China. Why the sudden change? Opera had approached near-contemporary subjects and settings for years — think of the rough-and-ready Paris of Puccini’s La bohème — but none as immediately relevant as this. For Adams and director Peter Sellars, exploring the mythology of America’s contemporary history chimed with seeing operatic archetypes in everyday life. “As Americans, we’re obsessed with our president, because that person embodies our national psyche,” Adams said in 2011.

Aside from dramatic concerns, there’s a noticeable box office draw for contemporary historical operas — Last Days has sold out its run this year, as did Mark-Anthony Turnage’s Anna Nicole, about former Playboy model Anna Nicole Smith, and Nixon has become one of Adams’s most reprised stage works. Drawing on popular culture as a route into deeper questions helps opera houses avoid accusations of stuffiness.

In Nixon, Adams balances artistic invention and messing with characters known to the audience by deliberately choosing some less-public events. Nixon’s visit to China in 1972 was dubbed the media event of the century, but Alice Goodman’s libretto was able to pit the well-publicised events — the touchdown of the presidential aircraft, the trip to the Peking Opera — with the bits the media didn’t see, leading to touching moments such as the scene in Act Three as Nixon and Mao reminisce from their beds about their experiences. Drama leans further into myth.

Where Leith and Copson aim for detachment and Adams opts for mythologising, Turnage zoomed in on his subject in 2011’s Anna Nicole. “The trouble with a lot of operatic subjects is their distance from today,” Turnage said ahead of the premiere. “I’m not against using myth or history, and obviously I’m aware that both can have relevance to me and to now. But in reality, it hardly ever grabs me like that.”

The tale of Anna Nicole Smith is certainly striking: it is a classic operatic plot of rise and demise, of money, sex, pathetic tragedy and a scandalous marriage, with farce aplenty. Yet with it comes empathy towards the characters caught up in her whirlwind life. It’s a far cry from Thomas Adès’s frosty depiction of the comparably scandalous Margaret, Duchess of Argyll and her coterie in Powder Her Face, but both pieces provoke via their salaciousness.

While Smith is dealt an even hand by Turnage and Richard Thomas’s libretto, critical barbs are reserved for the media. In the original production, dancers wearing TV-camera headdresses followed Anna Nicole around incessantly, pointing directly to the media attention that contributed to her downfall.

The knowledge of the death of a central character is what carries both Anna Nicole and Last Days. But what happens when the subject is still very much alive? While following the dimensions of musical rather than opera, Jerry Springer: The Opera is the most infamous example of the consequences of fictionalising the present; its full-hearted embrace of profanity and irreverence towards religion led to performances being picketed by religious groups around the UK, and its 2005 BBC broadcast elicited nearly 50,000 complaints, then a record number.

Co-writer Stewart Lee, interviewing Springer in 2003, found his subject surprisingly unflustered by the show. The chat-show host “is a fictionalised character”, said Springer, “and I’ve worked pretty hard at developing this persona in The Jerry Springer Show that would not be me so that I could keep this separation in my life, yet this persona has been going on for 13 years.” Even when drawing directly on reality, then, there is still a heavy element of fiction and myth.

With these operas, “relevance” is a Trojan horse: although they have familiar settings, they determinedly avoid purely factual recreations of historical figures and moments. What intrigues is exactly how they obscure the literal, how recent events pass through blurry, mythical, surreal and hyper-real lenses and in turn reveal the dramas’ own truths. The Metropolitan Opera’s programme notes called Nixon “a media event about a media event” and there’s an element of that in all these operas — where the subject is less important than the strange space between us and them.