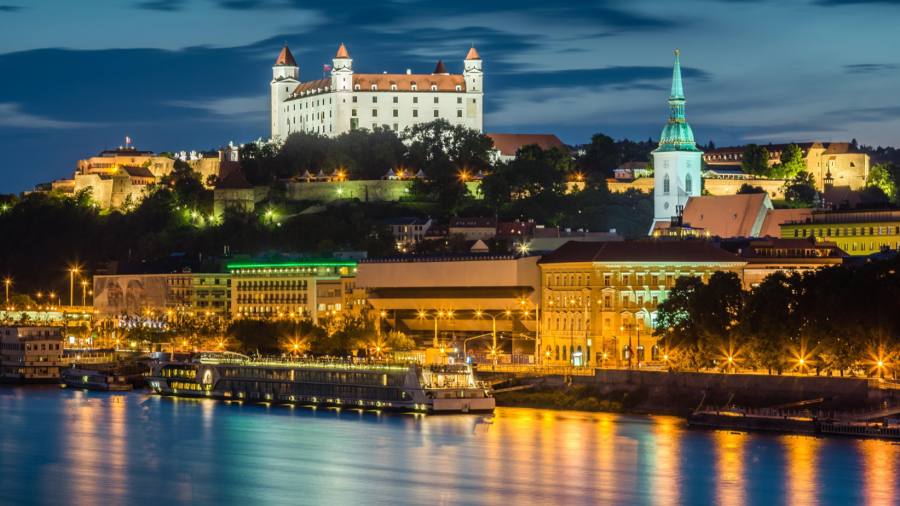 Slovakia’s prime minister said soaring electricity costs had left his country’s economy at risk of “collapse”, in the starkest comments yet by an EU leader on the effects of the global energy crisis.

Eduard Heger said the huge increase in prices following Russia’s full-scale invasion of Ukraine would “kill our economy” unless Slovakia received billions of euros of support from Brussels, and warned he would be forced to nationalise the country’s power supplies if this was not forthcoming.

Although Slovakia is a significant producer of nuclear and hydroelectric energy, its biggest energy provider made a costly decision to sell off its excess power to energy traders early in the year. These traders are now selling the contracts back to Slovakia at market prices that are about five times higher.

“Slovaks are buying for €500 what they sold for €100,” Heger said, adding that for this reason a European Commission plan for a €140bn windfall tax on power generators in the bloc would not work in Slovakia. “If we want to have a windfall tax, it must be European,” he told the Financial Times.

His warning underscores the huge consequences of Moscow’s efforts to squeeze gas supplies in response to EU sanctions over its invasion of Ukraine, which pushed the electricity prices to record levels this summer.

Heger said the proceeds of an EU windfall tax should be distributed evenly around the EU, which would net Slovakia about €1.5bn. He also wants Brussels to release €5bn of unused regional development funds that can be used to reduce energy bills for business.

“Otherwise [Slovakian businesses] will be closing and could actually collapse the whole economy,” Heger said. If Brussels does not come to its aid, “then we’ll have to keep this electricity for our companies and our households [so as] not to collapse,” he said. “We don’t want to do this, but if there won’t be any other help we will be pushed to this solution.”

The International Energy Agency has called on Europe to maintain its “solidarity” on energy supplies this winter or risk playing into Russian president Vladimir Putin’s hands. Heger said there were clauses in international treaties that allowed countries to reroute energy in times of crisis.

The commission has proposed allowing capitals to force generators not using gas to hand over revenues above €180 per megawatt hour, which would be used to compensate consumers, but this is above the level that Slovenské Elektrárne, the main Slovak generator, sold most of its power.

As such the Slovak prime minister called on Brussels to extend any windfall tax to the middlemen who also benefit from high prices. “We have to include the traders because we have to understand the traders are the ones who own the [energy] contracts,” he said.

The commission proposals will be discussed by EU energy ministers at a meeting on Friday but Heger admitted that Slovakia could be outvoted.

He said the country of 5.5mn was in a difficult position because energy bills accounted for 10 per cent of average household spending. It also has a disproportionately large heavy industrial sector.

Those factories would be signing contracts for next year’s power supplies imminently, Heger said. “We have days or weeks . . . Because the companies need to start purchasing and if [traders] start to quote €500 to €600 [per megawatt hour] they’re going to start to kill our economy immediately.”

Aluminium producer Slovalco, which accounts of almost a tenth of national electricity consumption, has already stopped production due to high prices.

Slovakia’s economic growth has slowed due to the war in neighbouring Ukraine, which is now in its seventh month. The commission has cut forecast growth for Slovakia to 1.9 per cent in 2022, and 2.7 per cent in 2023. Inflation has also hit double digits.

Heger said that despite the economic pain, Bratislava would continue to accept Ukrainian refugees and enforce tough sanctions against Russia.