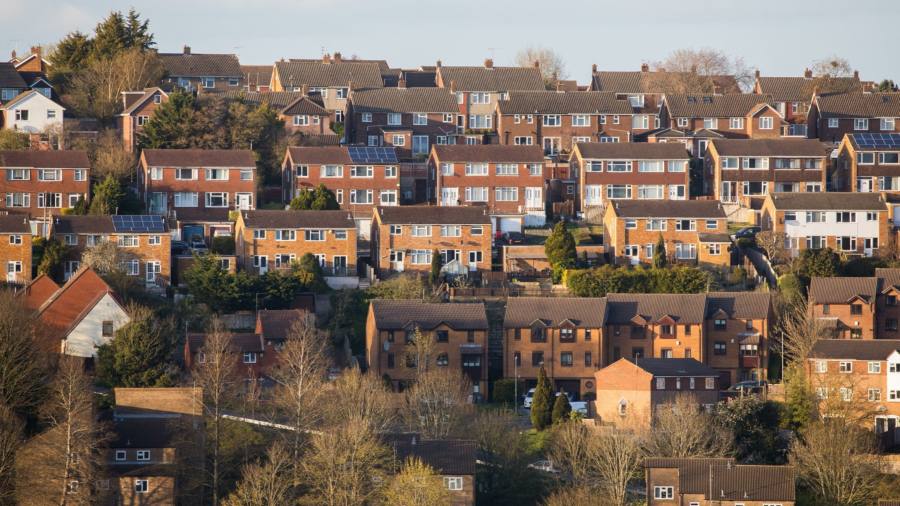 The growing prospect of 5 per cent or even 6 per cent mortgage interest rates in the UK means that so-called good debt could give your living standards a horribly bad squeeze.

Your mortgage debt is considered good because it is widely held to help make you richer — it builds equity in an asset that you expect to grow in value. When high-earners could borrow £500,000 at a cost of as little as £600 a month, we should not be surprised that they chose to stretch themselves.

But the same loan needing repayments surpassing £2,000 a month may not feel so good, especially when it comes alongside soaring energy bills.

The average new two-year fixed rate mortgage broke through 4 per cent in August for the first time since early 2013. Amid the turmoil in sterling and the surge in yields on British government bonds in the past few days, predictions of mortgage rates rising to 6 per cent are spooking borrowers. They’re scrambling for today’s fixed-rate deals, even as some lenders temporarily suspended some offerings.

Those with maturing two-year fixed-rate deals are finding that the overall average rate is 2 percentage points higher than when they secured their deal — equating to over £200 a month more on average, according to comparison website Moneyfacts.

Meanwhile, the price of new mortgages has been rising faster than UK interest rates. So, last week’s rise in the Bank of England’s main interest rate to 2.25 per cent, and likely further rises, could bring even sharper pain for the 40 per cent of borrowers with fixed-rate deals that are set to expire this year or next.

For ultra-cautious savings hoarders with cash in the bank that’s rapidly losing value to inflation, this is a good moment to make a mortgage down payment. It is, as they say, a no-brainer.

But should those fortunate enough to have securities portfolios or planning to start investing, cash in their holdings or scrap their plans — and pay down the mortgage instead?

Over the past 10 years, many investors felt confident that they could generate returns in excess of the cost of debt. But average mortgage rates are now several steps closer to long-term average returns from shares: in the past, about 7 per cent a year above inflation; in the next five to 10 years, it is likely to be lower.

One gloomy prophet, Stephen Clapham, founder of investor training consultancy Behind the Balance Sheet, told the audience at the recent FT Weekend Festival that it would be a good outcome over the next five years if they could beat inflation and not lose money on their investments.

Matt Conradi, head of client advisory at Netwealth Investments, told festival-goers it was less obvious that investors could beat their mortgage costs as rates rise and markets struggled to digest the impact of inflation.

“In the long run we feel more confident that investments will generate significantly better returns than the cost of a mortgage. However, in the short term with mortgage rates increasing and market uncertainty, if you are a higher-rate taxpayer, the balance of risks is shifting in favour of the certainty that paying down mortgage debt provides.”

If you nonetheless decide to favour the investment route, there are steps you can take to improve your returns.

First, don’t pass up your opportunity to have tax-protected growth in individual savings accounts (Isas) and pensions.

Isas supply tax-free income in retirement — and can give you the flexibility to retire or downscale work earlier than pensions. Your annual Isa allowance is £20,000 — and remember your spouse has one too.

With pensions, the tax relief on entry on top of ongoing tax-free growth can make a bigger impact, despite potentially paying tax on withdrawals.

If you use your full £40,000 annual pension contribution allowance and get higher-rate tax relief, it only costs you £24,000. That’s an instant uplift of 66 per cent on your investment. Where else can you possibly get this without taking excessive risks? Yes, it’s locked away until 10 years before your state pension age, but after that you can take 25 per cent tax free.

Netwealth compared a £10,000 mortgage down payment with the potential outcome from a pension investment. Over 20 years, on a fixed rate of 5 per cent the mortgage would amount to £26,533. If the pension grows at an average of 5.2 per cent, Netwealth’s estimated returns on a portfolio invested 90 per cent in equities and 10 per cent in bonds, it would have a cumulative net benefit over the mortgage of £2,487 for a basic rate taxpayer and £5,237 for a higher-rate taxpayer.

If your mortgage feels like a mental burden, stops you from changing career, or sparks arguments at home, make it your priority

However, using the same growth assumptions versus a 6 per cent mortgage, the advantages of the pension are whittled away, with the mortgage downpayment winning for both basic and higher-rate taxpayers, albeit by just £300 for the higher-rate taxpayer.

You’d need to take high risks — investing 100 per cent in equities and targeting punchy annual returns of 10 per cent or more to make investing the potential outright winner. And you could always lose.

But, if you’re determined to continue investing, here’s some comfort.

Any extra money you throw at the mortgage is difficult to access immediately — for example, if you lost your job, or had a spell of ill health. As recession lurks around the corner, you may want that financial flexibility.

Also, bear in mind that the average homeowner is overexposed to residential property. So, be wary of increasing it. Property pundits expect the cost of living crisis to curb what has been rapid growth in property prices (notwithstanding the government’s boost to activity from a new stamp duty incentive).

Calculate the value of equity held in your home as a percentage of your overall net worth. Some UK financial advisers recommend 30 per cent of net wealth in residential property is ideal. You might already have much higher exposure.

Being a borrower with a fixed-rate mortgage is a classic inflation hedge. Your house value could move up, but your fixed rate loan is not going to change, and might feel less burdensome after a few years of higher inflation reducing the buying power of our pounds. Of course, your house could drop in value but, in the long run, that hasn’t been the British experience.

Note these are mostly rational arguments. Emotion will also play a part in your decision.

Your personal risk appetite is different to that of your friend or relative, or even your younger self. As you build wealth, a little more can make less of a difference to your life. You might simply choose to lower your risk rather than increase your returns.

How would you feel, think, or live differently if you didn’t have a mortgage? If your mortgage feels like a mental burden, stops you from changing career, or sparks arguments at home, make it your priority.

Not everyone wants to collect art, fly first class, or drive a Porsche. If being mortgage-free is your luxury of choice, a status symbol that simply makes you feel good, that’s perfectly valid.

In any case, paying down debt doesn’t have to be forever. It may be possible to get a larger mortgage later. Just don’t count on interest rates returning to their all-time lows.